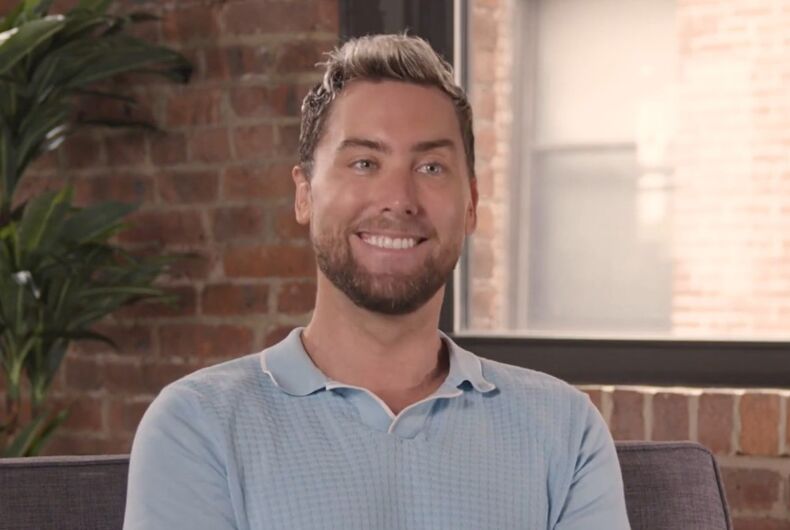 Former pop star Lance Bass is opening up about the process of coming out to his parents and his fear that they might reject him for being gay.

“I was terrified of losing them,” the former singer, who rose to fame in the late 90s as one-fifth of the boyband NSYNC, tells Today Parents in a recent profile. “You hear so many horror stories — especially in the south — of families rejecting their gay kids.”

The 43-year-old, who recently came under fire for a video he posted on TikTok in which he mocked Amber Heard’s emotional testimony in her legal battle with ex-husband Johnny Depp, is now talking about his own trauma. He describes growing up in small-town Mississippi and becoming increasingly withdrawn as a child in order to hide his sexuality from his conservative Southern Baptist parents.

“I was taught that homosexuality is a sin and you have to fix it. You can’t act on it,” he explains. “So every night I’d get into bed and ask God to please fix me.”

When Bass joined NSYNC, he says he crafted his public image specifically to protect his secret: “During big interviews, I wouldn’t speak because I felt people would figure me out. So I became the quiet one. That’s the personality that I created so that I wasn’t expected to talk much.”

When Bass came out to his sister, he says she told him that the revelation would “kill” their mother. When he finally did tell his parents, Bass says his father took the news in stride.

But his mom was a different story.

“My mom was surprised,” he recalls, “and she had to go through all of the emotions. It’s almost like a feeling of loss, like someone has died. You know, a huge part of me did die — that character I created died, and I was finally able to be my true self. Up until then I’d been lying and hiding.”

He describes a steep learning curve that involved educating his parents on LGBTQ issues and reconciling them with their faith.

Bass also says staying closeted for so long took a toll on his mental health: “I went through a major depression for years — and to this day, I still struggle. Do I have PTSD from hiding a secret for as long as I did? I don’t know. I don’t know exactly what damage was caused by staying in the closet.”