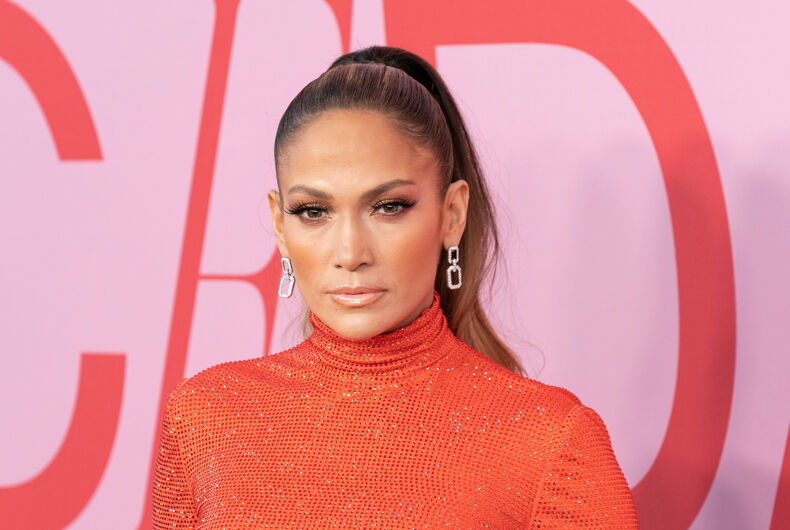 “The last time we performed together was in a big stadium like this,” Lopez said. “I ask them to sing with me all the time but they won’t, so this is a very special occasion. They’re very, very busy and booked and pricey. They cost me when they come out. But they’re worth every single penny because they’re my favorite duet partner of all time. So if you would indulge me.”

The 14-year-old Emme then joined their mother onstage to sing a cover of Christina Perri’s “A Thousand Years” using a rainbow bedazzled microphone.

The pair had previously performed together during Lopez’s 2020 Super Bowl halftime show, which is the subject of a new Netflix documentary, Halftime. Emme’s father is Lopez’s second husband, singer Marc Anthony. The couple was married from 2004–2014.

A long-time LGBTQ ally, Lopez has previously posted support messages about her “nibling” (a gender-neutral term for the child of a sibling) Brendon Scholl on social media. In 2020 Lopez shared a short film about Scholl saying that the film, Draw With Me, is “very close to my heart because it was a family affair. It’s about accepting change and challenges with love and knowing that when we do, anything’s possible.” She has also talked extensively in interviews about her late aunt’s struggle to come out as a lesbian.