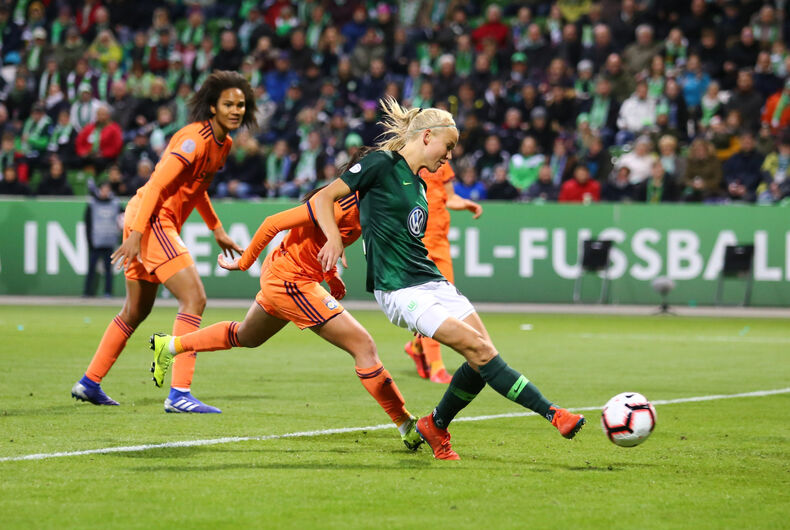 As governing sports bodies around the world move to ban transgender women from participating in sports as their true selves, the German Football Association — Deutscher Fußball-Bund e.V. (DFB) — has announced rules that would allow transgender, intersex, and non-binary players to decide whether to play on men’s or women’s soccer teams.

The rules, which would take effect during the league’s 2022 to 2023 season, say that players can take medications related to gender-affirming medical care without fear of doping allegations as long as the medications don’t negatively affect the player’s health, The Washington Blade reported.

Last week, the International Rugby League announced a temporary ban on trans women from women’s matches as it conducts research and finalizes its inclusion policy. Shortly before the IRL’s announcement, FIFA and World Athletics — the international governing body for track and field events — and FINA all announced bans on transgender athletes from women’s events.

In the United States, Republicans nationwide have authored bills that would ban transgender females from competing on girls’ and women’s teams. As of late May, 18 states have enacted laws or issued statewide rules limiting trans sports participation, The New York Times reported.

Supporters of such laws say that they protect women’s sports from being dominated by trans female athletes who have superior strength due to male hormones that transform the body during puberty. However, scientific studies have not yet definitively quantified superior abilities possibly conferred to trans female athletes through such hormones.

Critics of such laws point out that very few transgender athletes are actually competing in women’s sports. They all say that such bans mostly ban trans youth from playing sports altogether, adding to a stigmatizing political atmosphere that can harm trans people’s mental health and increase their suicidal ideation.

In a series of Instagram videos, collegiate swimmer Schuyler Bailar said that trans sports bans affect all girls because in order to exclude trans girls, officials have to police girl’s bodies and allow some girls to be accused of being trans just because they seem too “masculine” to others.

“At what point is a girl ‘too tall’… ‘too strong,’ ‘too good,’ ‘too fast,’ ‘too masculine’ to then be accused of being transgender?” Bailar asked in a March 28 Instagram video. “This affects all girls, not just the trans ones, because anyone can be accused of being transgender and then be tested. It also will disproportionately affect black girls who are already used to being too manly or not feminine enough due to white supremacy and anti-blackness.”

Bailar also pointed out that most people don’t care about women’s sports until a trans woman wants to play. People supporting trans sports bans typically don’t watch women’s sports on TV or in person, don’t do anything to address the massive pay gap between men and women professional athletes or the huge difference in funding for boys’ and girls’ school sports, nor do they do anything to stop the rampant sexual abuse and harassment that stops many girls from even competing in the first place.