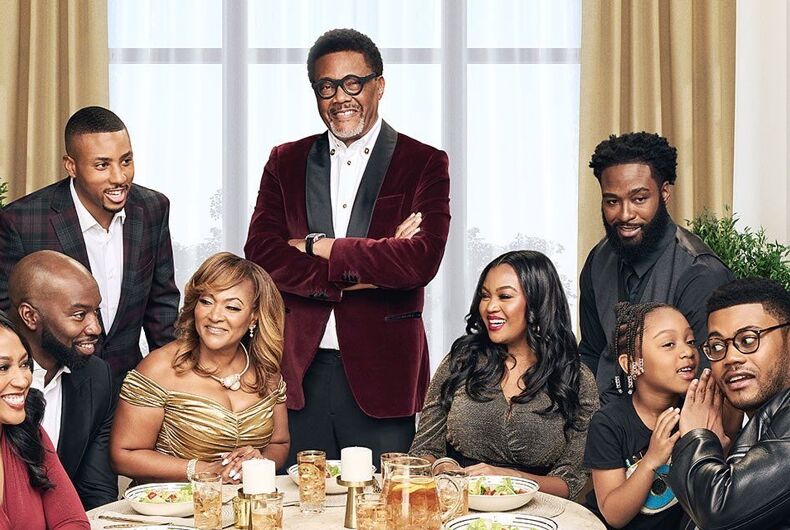 Longtime TV judge Greg Mathis, well known among fans for cracking down on crackheads in his studio courtroom, says he’s got new group of reprobates coming under the gavel: “If you’re homophobic, I don’t want you to watch my show.”

The popular judge – who has been on television for over two decades – came out with the message in his new reality show Mathis Family Members on E!, in a revealing conversation with his almost-out son Greg, Jr. and boyfriend Elliot.

“If somebody at work said, ‘Damn, are you gay?'” Mathis asks his son, “What would you say?”

Greg Jr. explains: “As accepting as you all have been, the reality is that there’s people that hate us for that.”

Greg Jr. tells his older sister earlier in the premiere episode: “You know me and Elliot. Both of us feel like it’s getting to the point that it’s getting a little too stupid to be living in the shadows of who we really are.”

Their “dad has worked so hard to become who he is today. When I do come out publicly, my worst fear is that his fan base would turn on him.”

“You have an obligation to show others and help others and to lift them up,” the judge tells his son. “So I view it as a blessing.”

“I love you,” Greg Jr. tells the judge, “and not a lot of fathers would be willing to have this conversation with their son.”

“The first step is my coming out publicly, but I would say, sitting down with you and having that conversation is empowering for me and I appreciate it.”

“Greg is very savvy, so much like me,” says Mathis. “They make a good couple.”

A lot of Black parents watch *and* love Judge Mathis. Him accepting, affirming, and loving his gay son matters. It will matter to so many.

Judge Mathis is the father of the year… He is the BEST…pic.twitter.com/Ofegk791rD

My Pop is just like Judge Mathis! Grateful for that. ❤️❤️❤️ https://t.co/lFrjNFwRY8

Love to see a black father on tv loving on his black gay son UNAPOLOGETICALLY. It makes ALL THE DIFFERENCE. I always say this, having grew up with such a loving family. Watching this made me love Judge Mathis even more. I’ll be tuned in to this show for sure! #MathisFamilyMatters