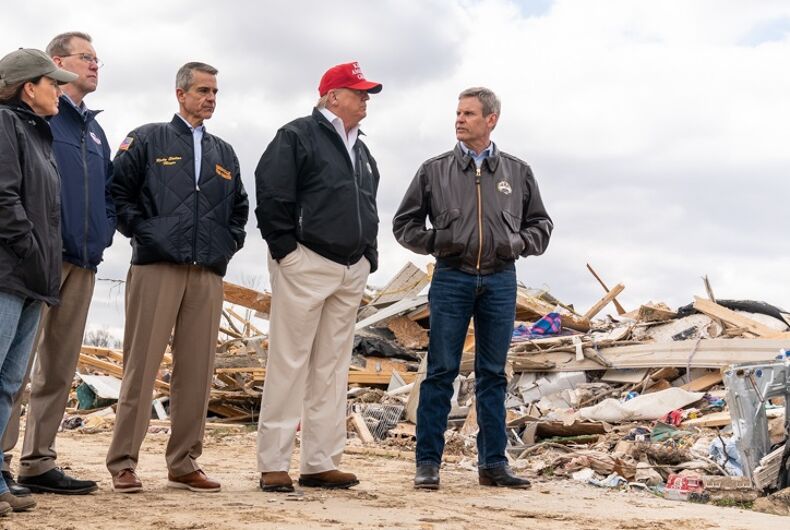 The state of Tennessee, which has passed numerous anti-LGBTQ laws in the past two years, passed yet another on Friday with a law to ban transgender women from participating in school sports at the college level.

Gov. Bill Lee (R) signed the law this past Friday.

The state passed a law in March 2021 forcing transgender students of all genders to participate in school sports on the team that corresponds with their sex assigned at birth in grade school starting in fifth grade. The law required students to provide a birth certificate from near the time of their birth in order to participate in sports.

Last month, the state passed another law to increase penalties for school districts that don’t demand all students present birth certificates to participate in school sports and allow trans students to slip by undetected.

The state legislature passed the new law during the last days of the legislative session. An amendment to allow teachers to misgender their students was dropped from the bill as it worked its way through the legislature.

“2022 is on track to surpass a record number of anti-transgender bills filed in state legislatures this year, in large part because of the efforts by Gov. Bill Lee and the Tennessee lawmakers who, law after law, year after year, continue their legislative assault on the LGBTQ+ community, particularly transgender people,” said HRC’s Cathryn Oakley.