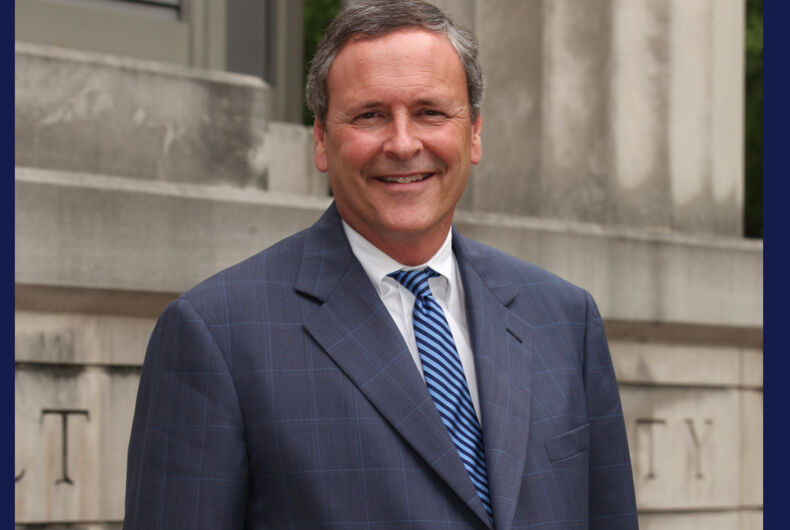 A district attorney in Nashville announced he won’t enforce the H.B. 1182, one of the state’s new anti-LGBTQ laws.

The “business bathroom bill” requires that businesses and public buildings to post signs if they allow transgender people to use the building’s restrooms.

In a statement, Glenn Funk, District Attorney General of Tennessee’s 20th Judicial District — which includes Nashville, the state capitol where state legislators met to pass the bill, and where Gov. Bill Lee (R) signed it — stated that he will not enforce the law.

“I believe every person is welcome and valued in Nashville. Enforcement of transphobic or homophobic laws is contrary to those values. My office will not promote hate,” he said in a statement on May 24.

Tennessee became the first state to enact such a law earlier this month.

Funk joins Nashville Mayor Jon Cooper (D) in denouncing the law. Cooper said, “This law is part of an anti-LGBT political platform of hate and division…. we are an inclusive city, and that won’t change. But, unfortunately, we will be made vulnerable economically by this unwelcoming legislation.”

Just in: Nashville DA Glenn Funk on HB 1182… "I believe every person is welcome and valued in Nashville. Enforcement of transphobic or homophobic laws is contrary to those values. My office will not promote hate."

The Tennesseean reports, “It remains unclear how anyone would enforce the law,” because H.B. 1182 did “not include details on mandatory fines or penalties” if a business owner were to violate the law.

Funk was elected in 2014. In Tennessee, district attorneys general are under the judicial branch in Tennessee and elected to fixed 8-year terms. Funk is also an assistant professor at Vanderbilt University and has over 30 years of legal trial experience as a prosecutor and criminal defense attorney.

H.B. 1182 is just one of several anti-trans bills enacted as legislation this year, earning the state the title of being on the “Slate of Hate.”

Lee also signed H.B. 529, a law requiring schools to notify parents if sexual orientation or gender identity are going to be mentioned in class 30 days in advance and gives parents the ability to opt their children out so that they don’t have to hear that LGBTQ people exist. Another law bans transgender people from multi-occupancy restrooms and locker rooms in public schools and colleges, and another would ban transgender youth from playing school sports.

Arkansas sued for banning trans youth from getting health care