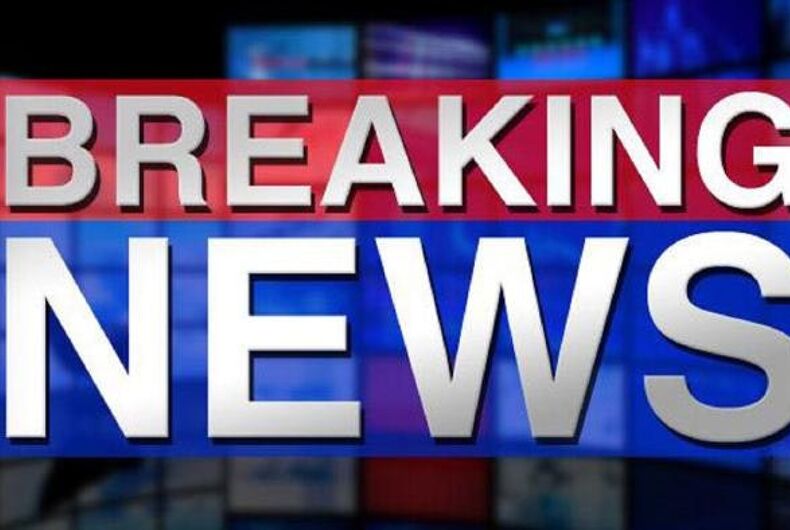 Greek authorities announced today the arrest of Michael Jensen, co-author of a travel newsletter called Brent and Michael Are Going Places, as the prime suspect in the major olive shortage currently plaguing Athens, the capital of the country. He is now in custody.

“As most Athenians know, olives have recently become almost impossible to find in our great city,” said Agricultural Minister Spilios Livanos. “We are now convinced Mr. Jensen is the sole reason for this shortage.”

Related: The best (& worst) drag auditions from TV talent competitions around the world

Livanos said Jensen has single-handedly consumed hundreds of metric tons of the cured and fermented fruit, which is a mainstay of Greek culture.

Jensen’s lawyer, Socrates, did not deny the charges. “The only true wisdom is knowing we know nothing,” said the ancient Athenian. “And, man, does my client know nothing.”

Police began suspecting Jensen when they received a call from a barista at Starbucks. She reported a pasty American hysterically demanding a “Kalamata olive latte.” When the barista said there is no such thing, Jensen reportedly pounded the counter and said, “Do you know who I am?”

Police arrived, but by then Jensen had fled the scene.

Asked for a comment, travel writer Rick Steves said, “Starbucks? He went to Greece and went to a freakin’ Starbucks? God, I hate Americans.”

Later, Jensen was spotted at the famous Kallidromiou Farmers’ Market where he reportedly went between the different olive merchants demanding free olives and saying he was a “travel influencer” who could make them famous.

“Do I look like I just fell off the olive truck?” said olive merchant Dimitris Genitsaris. “A real travel influencer would ask for one single perfect olive so they could eat it while posing in front of the Acropolis at sunset in a flowing red dress. This man demanded forty kilos! Plus, he wasn’t wearing a flowing red dress. He was an obvious fraud.”

Jensen was finally apprehended in an olive warehouse in the Athens port area of Piraeus. The warehouse, which had previously contained more than two hundred tons of olives, was empty.

When police asked Jensen where the olives had gone, he allegedly said, “Mmmphhh garg merggg moshmoshmosh!”

Jensen was also swollen to a size approximately that of Violet Beauregarde in the classic children’s movie Charlie and the Chocolate Factory.

Easily apprehended, Jensen later told authorities, “I one hundred percent deny these scurrilous charges against my character! Show me the evidence! Where is the proof I ate these olives?”

Jensen then proceeded to hack up pits that renowned olivologist Artemis Baros identified as belonging to a variety of Greek olives, including Halkithiki, Cretan, Nafplion, and of course, Kalamata.

“We give America democracy and this is how you repay us?” she added.

Jensen’s lawyer, Socrates, later said, “False words are not only evil in themselves, but they infect the soul with evil. And, man, is my client evil. ”

“I think I need a new lawyer,” said Jensen, in a written statement to the media.

Jensen claims to be something called a “digital nomad” and says he and his husband, Brent Hartinger, have been traveling the world for five years.

Asked whether his husband is guilty of olive gluttony, Hartinger said, “Oh, hells to the yes! I’ve seen him eating himself into an olive coma every day since we arrived in Greece. Do they need someone to testify? Because I’ll totally do it!”

Reminded that spouses are not compelled to testify against each in Greek courts, Hartinger said, “No, seriously, who do I talk to in order to testify? Do they need me to, like, sign a form?”

Hartinger then added that people should subscribe to his new travel newsletter, Brent is Going Places Without That Idiot Michael, Thank Effing God.