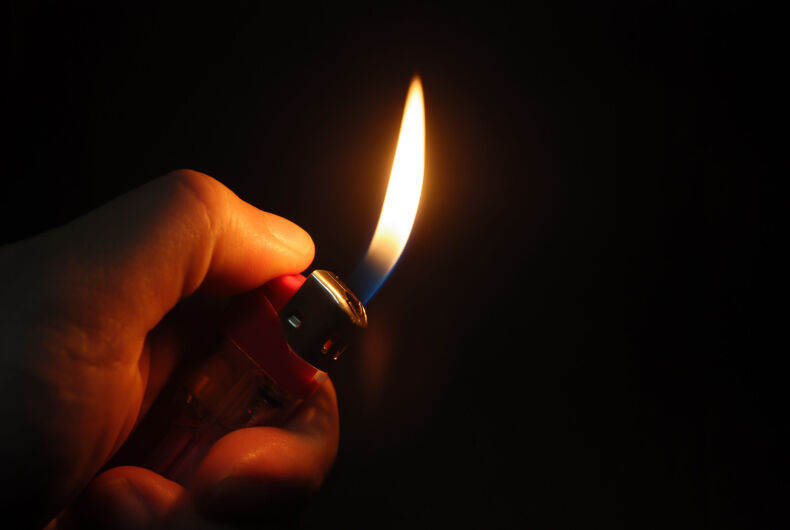 A 25-year-old man named Kalvinn Garcia has admitted he set a fire near the Queer/Bar — an LGBTQ drinking establishment in Seattle, Washington — because the word “queer” made him angry.

On February 24, 2020, Garcia set fire to a dumpster in the alley directly behind the bar.

“I think it’s wrong that we have a bunch of queers in our society,” Garcia reportedly told officers, adding that the word “queer” on the front of the bar angered him. A few weeks after the incident, he reportedly told a stranger that he had hoped to trap and hurt the people inside, the U.S. Justice Department said.

“Garcia endangered countless people who he did not know and who were simply trying to live their lives, solely because of his own hatred,” said U.S. Attorney Brown. “We must stand up to this hate at every opportunity, to demonstrate to our community that acting on hate will not be tolerated.”

While Garcia’s actions didn’t result in any deaths, injuries, or extensive damage, his actions are a grim reminder that LGBTQ spaces remain under attack. In the past, arsonists have been more successful in destroying queer spaces and lives.

In April, an arson at the Brooklyn LGBTQ nightclub Rash broke out an hour before the start of an event featuring queer and trans performers. The fire injured two people and completely destroyed the venue. A man named John Lhota was later arrested and charged with setting the blaze.

In December 2013, about 750 people were celebrating New Year’s Eve at a popular gay nightclub in Seattle when Musab Mohammed Masmari poured gasoline on a carpeted stairway and set it ablaze. No one was injured. Masmari was later arrested and claimed to have been too drunk to remember setting the fire.

The deadliest arson attack on a gay bar is undoubtedly the June 1972 fire at The Upstairs Lounge in New Orleans’ French Quarter. The blaze killed 32 people. Some of their bodies were never claimed by their families who may have felt humiliated by their dead relatives’ patronage of the bar. The arsonist poured a flammable liquid on the wooden stairway to the crowded second-floor lounge and lit it. The arsonist was never caught.