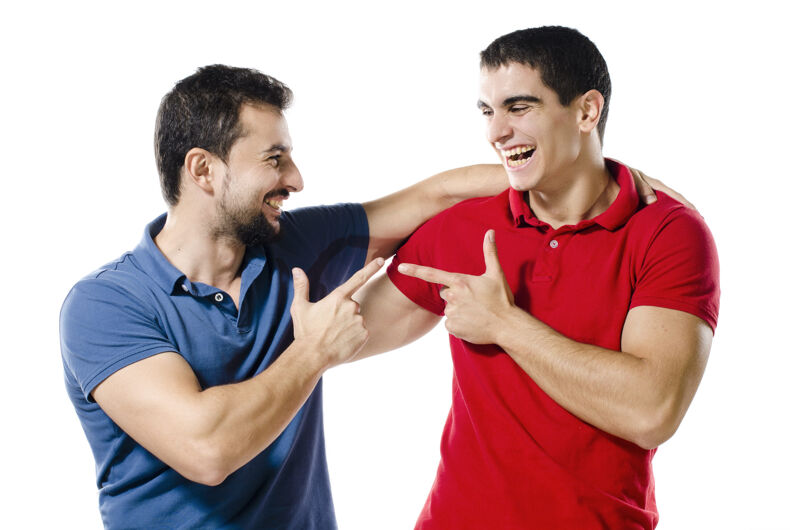 When rapper DaBaby came under fire for a string of controversial comments about gay men and people living with HIV/AIDS last year, it reignited a long-standing conversation about the problem of homophobia in hip-hop. While the issue has arguably improved over the last decade – with queer artists like iLoveMakonnen, Kevin Abstract, Frank Ocean, Big Freedia, and Lil Nas X taking a seat at the hip-hop table while being authentic about their sexual orientation and gender identity – anti-gay sentiment is still rife in rap songs.

From Eminem’s repeated use of the word “f*ggot” in his music to the ubiquity of the term “no homo” in the hip-hop scene in the early 2000s, gay people – or at least softness and effeminacy – have been the butt of the joke in hip-hop culture for far too long.

The phrase “no homo” is particularly interesting because, like many words in Black vernacular, “no homo” has made its way into the mainstream. Today, it’s about as common as other equally problematic phrases like “that’s so gay!”

Here, we take a look into the roots and original meaning of the phrase “no homo” and how purveyors of the term relate to masculinity and sexuality.

Where Did The Phrase “No Homo” Originate?

“No homo” can be traced back to East Harlem in the 1990s, where it was a popular slang among straight men, particularly black men. One of the first recorded uses of the term was by rapper Cam’ron, who uttered the term in 2002 in the song “Welcome to New York City”. Soon after, the term would come up in other rap songs, like Lil Wayne’s “Lollipop” and Kanye’s “Barry Bonds”, where he raps the lyric, “Stove on my waist turn beef to patties (Bow!)/ And I ate it ’cause I’m so avid (No homo)”.

In rap, where wordplay abounds, the phrase has a dual purpose, allowing rappers to insert humorous double entendres into their lyrics – all while distancing themselves from the homoerotic language.

In an article for Slate, writer Jonah Weiner points to how rappers have used “no homo” not as a blatant expression of homophobia, but to show off their ability to play with language. “A funny side effect here is that the no homo vogue doubtless encourages rappers not only to scrutinize everything they say for trace gayness but to actively think up gay double-entendres just so that they can cap them off with no homo kickers,” he writes.

Outside of hip-hop and the Black community, the phrase has been adapted into everyday slang. Today, it carries the same weight and meaning, being used as a way for men to express certain sentiments or emotions that would otherwise clock them as gay men.

Is “No Homo” Homophobic?

The problem that most critics cite about the term “no homo” is that it’s used with the implication that outward expressions of emotions are somewhat laughable, as they don’t reflect traditional ideas of masculinity. For some, this promotes a form of masculinity that is toxic – one that rejects any kind of emotional vulnerability or sensitivity.

Not only that, but it also equates emotional vulnerability and stereotypically feminine behavior (or behavior with “gay” undertones) as something to be ashamed of. As such, in this line of thinking, you could say that “no homo” is not only a homophobic phrase that pokes fun at other men but also has misogynistic undertones, as it puts down effeminate gay men and women as well.

Going back to hip-hop’s relationship with homophobia (and hypermasculinity and misogyny), “no homo” can be compared to Eminem’s continued use of the f-slur, which he defends as not being an easy dunk on homosexuality but a way to emasculate other men he has beef with. “‘F*ggot’ to me doesn’t necessarily mean gay people,” he is quoted. “‘F*ggot’ to me just means…taking away your manhood. You’re a sissy. You’re a coward.”

The f-slur, along with the phrase in question here, is often used in battle raps – a longstanding hip-hop tradition that involves bragging, boasting, and insulting your opponents. A core part of those insults? Emasculation and comparisons to women as rappers attempt to make their opponents seem weaker.

As summed up in a blog published by GLSEN, “People [like Eminem] may not intend to reproduce bigotry [when they use phrases like "no homo” and "that’s so gay”, and "f*ggot”], but nevertheless leave the door wide open for the use of anti-LGBT language – and certainly do not denounce the disturbing levels of violence and intimidation that LGBT people, particularly students, face daily.”

Is There A Positive Spin To “No Homo”?

In a piece for the Guardian, writer Carmen Cruz argues however that, “while the LGBTQ activist side of me understands the phrase’s homophobic origins and offensiveness”, it also has “potential for allowing greater emotional expression between men.”

“Let’s make no mistake: a man saying “no homo” to qualify his feelings carries a caveat that is inherently homophobic and heterosexist. Yet, he is also expressing himself emotionally, which boys and men are generally taught not to do,” she adds.

Indeed, the more ironic use of the term, which has now been meme-ified to the nth degree on places like Twitter, shows how genuine uses of the term exemplify some straight men’s attempts at expressing themselves while qualifying their straightness.

For example, someone may post a photo of a sunset and caption it with “This is beautiful. #NoHomo”. The “no homo” memes in that vein have since evolved into the “fellas is it gay?” meme, which further satirizes this aversion that heterosexual men seem to have to being seen having vulnerable thoughts and feelings.

Satire is often said to hold a mirror up to society. What these satirical “no homo” memes can tell us about society is that, while attitudes towards LGBTQ people have shifted in the past few years, total acceptance is still a long way off. Because if heterosexual men can’t even feel comfortable enough to show some vulnerability without the fear of being seen as a homosexual man, then it’s obvious that a large chunk of society still thinks that there is something “wrong” with being queer.

So, what does “no homo” mean? The phrase is generally considered to have homophobic undertones, but more recently, the term has been used to comment on the struggles that straight men have with their masculinity.

Still, if you’re unclear on whether or not it’s appropriate to use the phrase, it’s best to avoid it altogether.