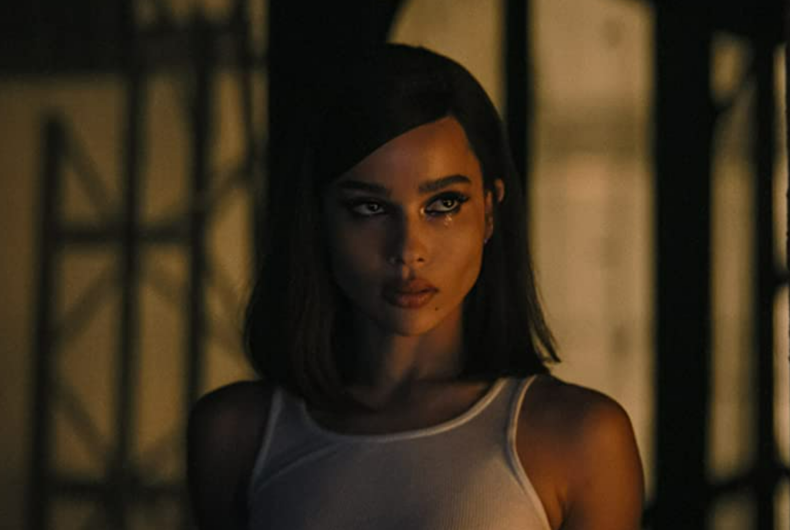 Actress Zoe Kravitz confirmed that Catwoman is bisexual in her portrayal of the character for Matt Reeves’ superhero film The Batman, Out magazine reports.

While the character’s primary romance in the film is with Batman, there is apparently a deep connection between Catwoman’s alter ego Selina Kyle and her friend Anika, with Selina calling Anika “baby” in one scene. In an interview with The Pedestrian, Kravitz said she sees the two as being more than friends.

Related: The green Power Ranger comes out as part of the LGBTQ community & fans are here for it

“That’s definitely the way I interpreted that, that they had some kind of romantic relationship,” Kravitz said.

While the film doesn’t address the nature of their relationship, Reeve said it’s intended to be intimate — at least emotionally.

“She has an intimacy with that character, and it’s a tremendous and deep caring for that character, more so than a sexual thing,” he told The Pedestrian, “but there was meant to be quite an intimate relationship between them.”

Catwoman officially came out as bisexual back in 2015, in DC Comics’ Catwoman #39. But like many LGBTQ comic book characters, her queerness has been slow to make it from the page to the screen.

“She’s flirted around it – often quite literally – for years now,” comic author Genevieve Valentine wrote in a blog post. “For me, this wasn’t a revelation so much as a confirmation.”

Jane Lynch isn’t sure Glee could be made today. It would be considered too offensive.