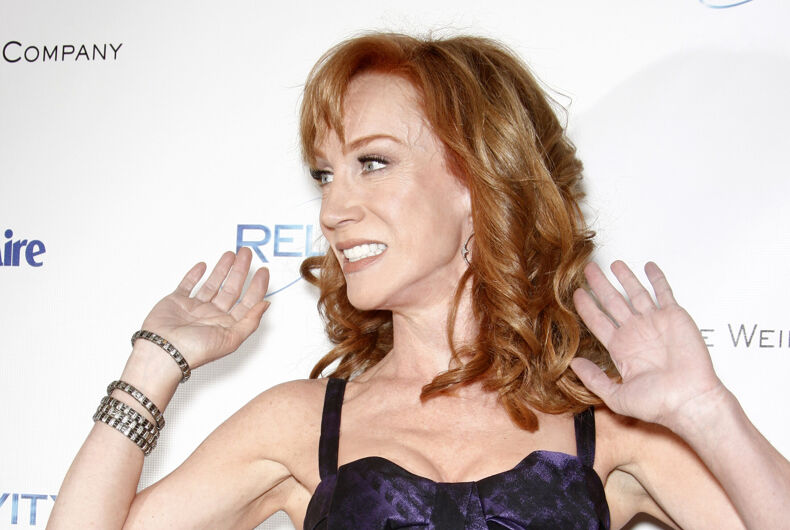 “I love Dave, and I think he’s a genius,” Griffin said on a recent episode of The New York Times‘ Sway podcast. “I just think that he’s also transphobic.”

Later in the interview, she attempted to excuse Chappelle’s transphobia by suggesting he isn’t hurting anyone.

Perhaps if she thought Chappelle was “harming gays” she would react differently, given her history of calling out homophobes.

Griffin also pointed to his age, as if that explained his transphobia.

The controversy around Chappelle’s transphobia began when he identified himself as a transgender exclusionary radical feminist (TERF) and made derogatory comments about transgender women’s genitals in his Netflix  special The Closer.

Following the outcry from the trans community and trans Netflix employees, he complained about being “cancelled,” and made himself out to be the victim.

“I said what I said, and boy, I heard what you said,” Chappelle said in a live performance . “My God, how could I not. You said you want a safe working environment at Netflix. Well, it seems like I am the only one that can’t go to the office anymore.”

Netflix recently announced that the comedian will host and produce four specials for the streaming service.

Can I be happy being nappy?