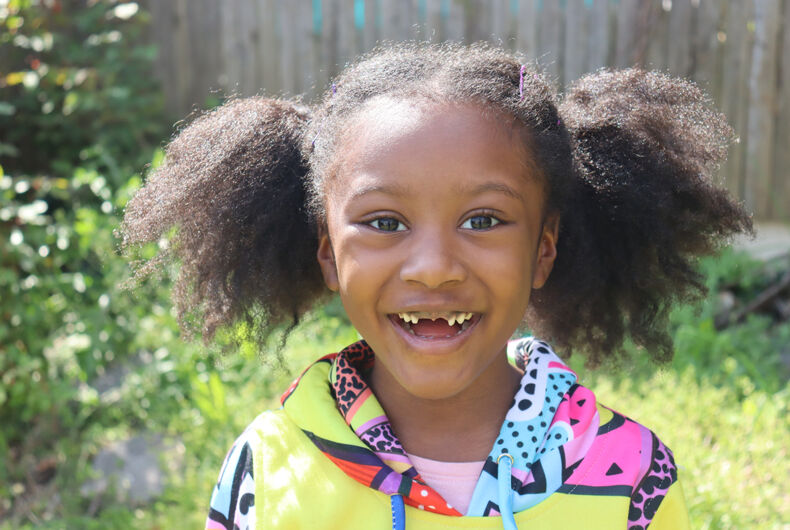 How I wear my hair is my business.

So why are lawmakers deciding if it is legal for me to do so?

Also this week, Congress will be making that decision too. Last week, the House passed the Crown Act in a vote of 235-189 along party lines, which is to say Democrats don’t mind if I wear my hair natural, but Republicans do.

The Cook twins inspired Massachusetts’s Crown Act. In 2017, Mystic Valley Regional Charter School in Malden banned twins Deanna and Mya Cook from playing after-school sports and attending their prom because they wore hair extensions to school, violating school policy. Massachusetts Attorney General Maura Healey stepped in on the twins’ behalf. Healey sent a letter to the school flatly stating that its policy “includes a number of prohibitions that are either unreasonably subjective or appear to effectively single out students of color.”

In a milieu of anti-blackness, discrimination doesn’t stop at skin color. It includes our dress style, music, dance, speech, and hair too. Our children are being humiliated and punished because of racist rules and policies that discriminate against their hair texture and natural hairstyles.

The criminalization of Black hair starts early for our children, sports being one of the areas. For example, in 2019, the video of a 16-year old African American high school wrestler forced to cut off his dreadlocks to compete went viral. The referee, who was white, stated, “his hair and headgear did not comply with rules, and that if he wanted to compete, he would have to immediately cut his dreadlocks — or forfeit.”

In 2012, Olympic gymnast Gabby Douglas’s hair was the topic of a ton of chatter online when she stepped onto the Olympic world stage. A tsunami of criticisms pored in about Gabby’s over-gelled and under-tamed ponytail. And yes, that very touchy subject for African American women – her nappy edges. The complaint fostered the misperception of how could any put-together and accomplished Black woman with fleecy wooly wild hair could be happy being nappy.

“Nappy” derogatorily referenced as a racial epithet, as Imus did, is the other n-word in the African-American community.

African-American women and girls endure some of the most stringent standards concerning our hair, allowing workplaces, institutions, and educators to discriminate against us without repercussion. Still today, femininity and attractiveness are integrally linked to long straight white women’s hair, a lauded Eurocentric aesthetic. However, Black women are constantly pushing away from it.

“For years, I had straightened my hair as a news anchor at NBC10 Boston and other television stations, an arduous process I believed was an unwritten necessity for Black, female news anchors,” Edwards said. “This year, I decided it was time — beyond time — to wear my hair the way it feels right to me. For me, that meant braids. Regardless of the style, it’s long past time for Black girls and women to feel empowered to wear their hair how they choose — and for society to embrace them.”

In 2020, Rep. Ayanna Pressley revealed she had the autoimmune disorder “alopecia,” rendering her hairless. Pressley proudly and regally flaunted a bald head. Pressley, known for her signature Senegalese twists — her identity and political brand — was criticized as being “too ethnic” and “too urban.”

Black hairstyles are not criticized when they are being appropriated by white culture — especially when white celebrities wear our coiffed styles. In 1979, actress Bo Derek donned cornrows in her breakthrough film 10. In 1980, People Magazine credited Derek for making the style a “cross-cultural craze.” In 2018, when Kim Kardashian posted a video of herself flaunting braids to Snapchat, she credited them as wearing “Bo Derek braids.”

While many African-American women today wear their hair in afros, cornrows, locks, braids, Senegalese twists, wraps, or bald, our hair — both symbolically and literally — continues to be a battlefield in this country’s politics of hair and beauty aesthetics.

Black people have been in this country since 1619. It’s a shame both the Commonwealth and Congress will be voting on the legitimacy of my hair in 2022.