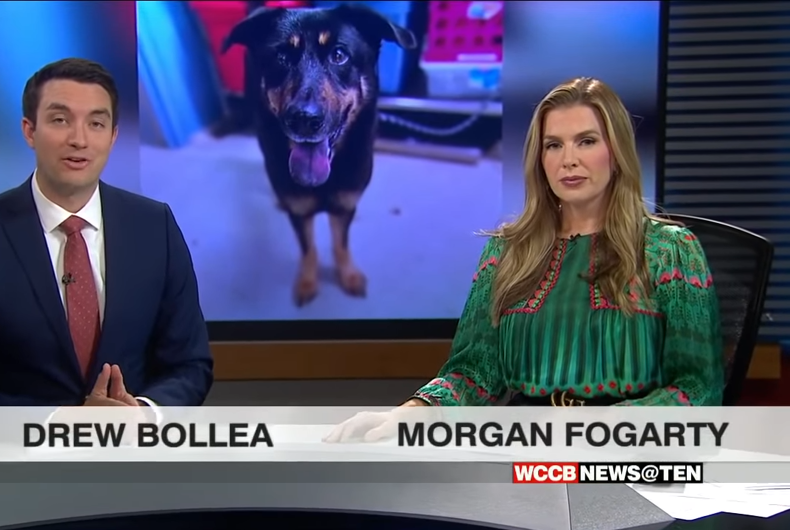 A North Carolina animal shelter found itself in possession of a pooch with a story to tell.

Poor Fezco, who by all reports is a very good boy, was surrendered by his owners because “he’s gay.”

According to the American Society for the Prevention of Cruelty to Animals (ASPCA), both male and female dogs mount other dogs, people and objects. Sexual behaviors, including mounting and thrusting, are part of normal play behavior.

And while homosexuality has been frequently documented among most species, it definitely does not mean a dog is gay. But while Fezco and his playmate were just having a good time, his former phobes thought he was turning gay.

The shelter has asked local rescue groups to step in and foster Fezco so that he can be adopted. If online interest is any indicator, Fezco will soon have a new forever home – likely with someone who is actually part of the LGBTQ community, too.

Ukrainian militias are fighting for democracy. American militias want to overthrow it.