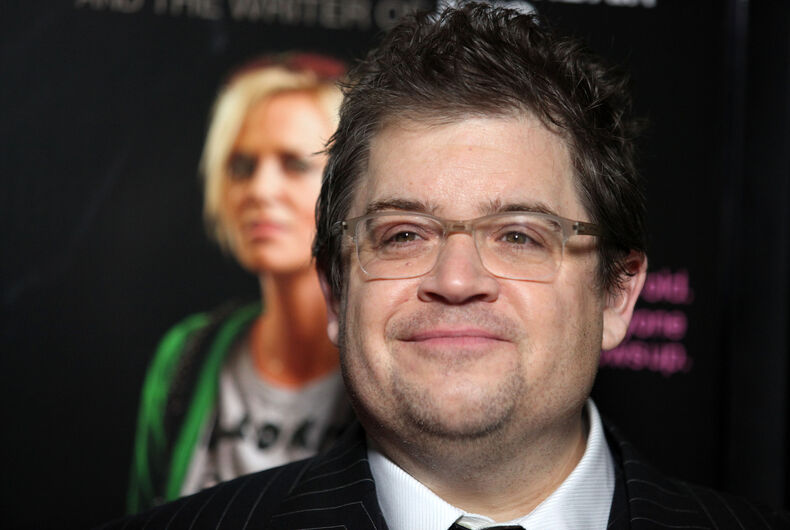 Comedian Patton Oswalt has declared his support for the trans community and apologized after sharing a controversial Instagram post celebrating his friendship with fellow comedian Dave Chappelle, who has refused to apologize for anti-trans comments he made in his most recent Netflix special.

“I’m sorry, truly sorry, that I didn’t consider the hurt this would cause,” he wrote. “Or the DEPTH of that hurt.”

Over the weekend, Oswalt posted a series of photos with Chappelle in Seattle to his Instagram account. The pair had performed at theaters close to one another, Oswalt explained, and Chappelle texted him to visit his arena and do a guest set.

“Why not?” Oswalt wrote. “I waved good-bye to this hell-year with a genius I started comedy with 34 years ago. He works an arena like he’s talking to one person and charming their skin off. Anyway, I ended the year with a real friend and a deep laugh. Can’t ask for much more.”

After receiving backlash about his praise for Chappelle, Oswalt posted again to emphasize that he is an LGBTQ ally, as well as how torn he is about what to do when old friends have different beliefs than he does.

“Thirty four YEARS we’ve been friends,” Oswalt wrote. “He’s refocused and refined ideas a lot of us took as settled about race & history & Life On Planet Earth and spun them around with a phrase or punchline.”

Oswalt then declared that they “also 100% disagree about transgender rights & representation.”

“I support trans people’s rights — ANYONE’S rights — to live safely in the world as their fullest selves. For all the things he’s helped ME evolve on, I’ll always disagree with where he stands NOW on transgender issues.”

But Oswalt said simply disowning him didn’t feel like the answer.

“I also don’t believe a seeker like him is done evolving, learning. You know someone that long, see the struggles and changes, it’s impossible to cut them off. Impossible not to be hopeful and open and cheer them on.”

He added that he feels guilty about some friends he has cut off due to their differing beliefs and said he wonders if his doing so caused them to “dig their heels in deeper” and “fuel their ignorance with a nitro-boost of resentment and spite.”

He wrapped up the post by acknowledging his own need to grow and apologizing for not thinking about the hurt his post with Chappelle would cause.

“So easy to think someone ELSE needs growth and miss the need in yourself,” he said. “Gonna keep trying.”

The controversy surrounding Chappelle began with his Netflix  special The Closer, in which he announced he is a transgender exclusionary radical feminist (TERF) before launching into a derogatory diatribe about transgender women’s genitals.

Chappelle has continued to defend himself and complain about being “cancelled,” all while continuing to book gigs and denigrate LGBTQ people.

“I said what I said, and boy, I heard what you said,”  Chappelle told the audience in a recent live performance he posted. “My God, how could I not. You said you want a safe working environment at Netflix. Well, it seems like I am the only one that can’t go to the office anymore.”

“To the transgender community, I am more than willing to give you an audience,” he said, “but you will not summon me. I am not bending to anybody’s demands.”