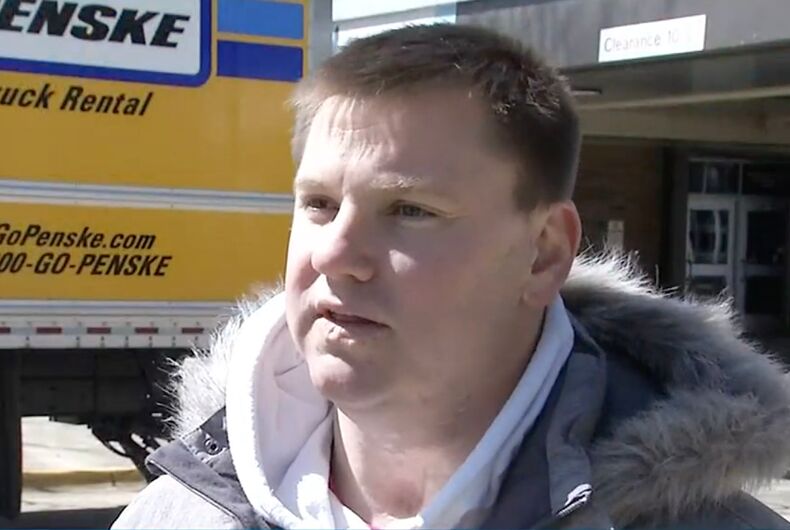 A food distribution program run by an Iowa LGBTQ couple was almost sabotaged by a fake volunteer – but the community rallied to save the day.

Every month, Together We Achieve holds a food box giveaway event in which it passes out over 1000 boxes of food to those in need.

Related: Celebrities said “GAY” at the Oscars & spoke out for queer youth

One person, however, decided to sign up for 10 volunteer slots with a “hateful email” that was reportedly intended to hurt the leaders of the organization. At the organization’s helm is couple Raymond Siddell and Matthew Salger.

Fortunately, volunteers stepped in and filled the slots.

“It’s just amazing when you put a call out like this or show the community that there’s a need and you’re doing something about it, there are so many members that will show up from the community to help out in any way that they can,” Siddell told KCRG.

Siddell and Salger founded Together We Achieve after they first began providing relief to Iowa families who were effected by a destructive 2020 weather event called a derecho.

After the derecho hit Iowa, Siddell started a Facebook group where people could seek and offer resources. That initiative grew into the Iowa Storm Derecho Resource Center, which offered both information and crucial supplies.

Siddell said he and Salger launched the center out of frustration for the lack of centralized location for people to get help.

“I like to give back,” Salger said at the time. “I’ve always tried to give back either through time, talent, whatever you have.”

And after the effects of the storm had died down, the couple didn’t want to stop giving back. So, Together We Achieve was born.

“Our biggest need that we saw in the community was those families that fall between the cracks,” Salger explained. “To see that relief on their face. We don’t ask any questions. They’re not going to get turned away. There’s no qualifiers. If you need help, you just come here.”

According to the Together We Achieve website, it has served over 10,000 individuals and over 3000 households, and has distributed over 700,000 pounds of food and served almost 6000 hot meals.