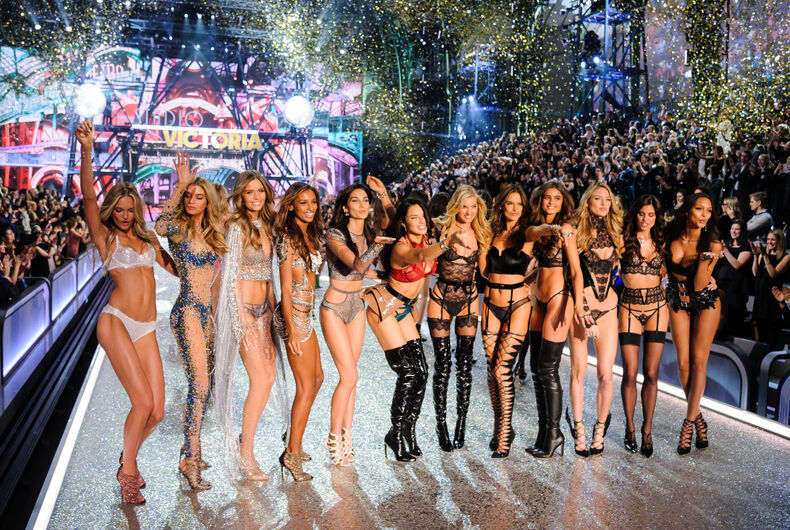 Emira D’Spain just made history by being the very first black and transgender model to work with Victoria’s Secret.

The 25-year-old beauty influencer made a name for herself on TikTok, where she’s known for her makeup and skincare videos. She’s done collaborations with other brands in the past, but her recent collab with Victoria’s Secret marks a huge step forward in black and queer inclusivity in the beauty and fashion industry.

Get to know D’Spain and what her news means for black, trans girls everywhere!

Who Is Emira D’Spain?

Emira D’Spain, known as @xoxoemira on TikTok, is an NYC-based content creator and beauty influencer. She gained a cult following on the platform through her Get Ready With Me (#GRWM) series, where she gives fans a front-row seat to her beauty regimen.

D’Spain is also trans, and she often captions her videos with the hashtag #transandproud.

At the start of Black History Month, D’Spain casually dropped a video she made in collaboration with the esteemed lingerie brand. In the video, she shows fans what a “Single Girl Edition” of Valentine’s Day looks like while donning a red Victoria’s Secret corset and pink heart pajama set. She captions the video “the best love is self love!” The video has garnered over 200,000 views and 50,000 likes since its posting.

After posting the video, D’Spain followed up with an Instagram post where she talked about dreaming of being a part of Victoria’s Secret as a kid. She said it was “an honor” to continue the legacy that Valentina Sampaio started, especially on the first day of Black History Month. Brazilian model Valentina Sampaio became the brand’s first-ever trans model in 2019.

In an interview with USA Today, D’Spain said “My entire platform is built on confidence and self-love. I want to empower young trans women and men around the world to show them that the beauty and fashion industries are changing. Especially if you are a person of color. I am so grateful to work with Victoria’s Secret and hope this paves the way for others after me.”

Why Is This A Big Deal?

In 2018, Victoria’s Secret found itself in hot water after Ed Razek, its chief marketing officer, made transphobic and fatphobic comments in an interview with Vogue. When asked if the brand feels the need to address the market’s demands for more inclusivity, Razek gave some pretty dicey answers.

“Shouldn’t you have transsexuals in the show? No. No, I don’t think we should,” said Razek. “Because the show is a fantasy. It’s a 42-minute entertainment special.”

Upon the interview’s release, Razek faced immense backlash. A petition to boycott the Victoria’s Secret Fashion Show circulated online and was signed by over 9,000 people. As a result, Razek apologized for his comments several days later.

Yet for many trans women around the world, Razek’s apology was nothing but empty words – particularly because more and more brands are choosing to diversify their model pool. And it’s not like there is a shortage of trans women making waves in the modeling industry. Ariel Nicholson, Leyna Bloom, Geena Rocero, Hunter Schafer, Andrea Pejic, and Teddy Quinlivan are just a few examples – and each has made a name for themselves, even outside of modeling.

For others, the comment came as no surprise. By excluding trans women from the brand’s shows to sell a “fantasy”, Razek essentially admitted that the brand upholds a certain standard of beauty – one that doesn’t include anyone that isn’t straight, cis, curvaceous, or white. For instance, in 2018, 66 models walked the Victoria’s Secret Fashion Show, but only 16 of those girls were black.

Since the controversy, viewership of Victoria’s Secret’s fashion show declined, along with the brand’s annual sales. By 2019, the brand canceled its annual fashion show.

In 2019, Victoria’s Secret cast then-22-year-old Brazilian model Valentina Sampaio for a catalog photoshoot, who then became the brand’s first-ever trans model. Days after Sampaio was hired, Razek retired from the company.

According to Sampaio’s agent, the model believed her casting was “a great opportunity to break barriers in the fashion business”. Some critics were understandably cautious about celebrating Sampaio’s hiring as anything but a move to recover from the controversy and rebrand VS as an inclusive brand.

Still, Sampaio’s hiring doesn’t take away from the fact that she’s carved a path for trans supermodels everywhere. Aside from her VS shoot, she also bears the distinction of being the first trans model to make the cover of American Vogue, as well as the first trans woman to feature in a Sports Illustrated swimsuit edition.

And with Emira D’Spain joining Sampaio, we can only hope that the brand is making genuine and lasting steps towards inclusivity.

The fashion and beauty industry has a long history of imposing impossible standards on women – standards that are, frankly, limited to a very specific type of person. But with trailblazers like Sampaio and D’Spain, and many others who have come before and alongside them, we’re excited to see what the future of fashion looks like.

Related: These leaders are amplifying the voices of the Black queer community

35 years after his death, Andy Warhol is seriously trending