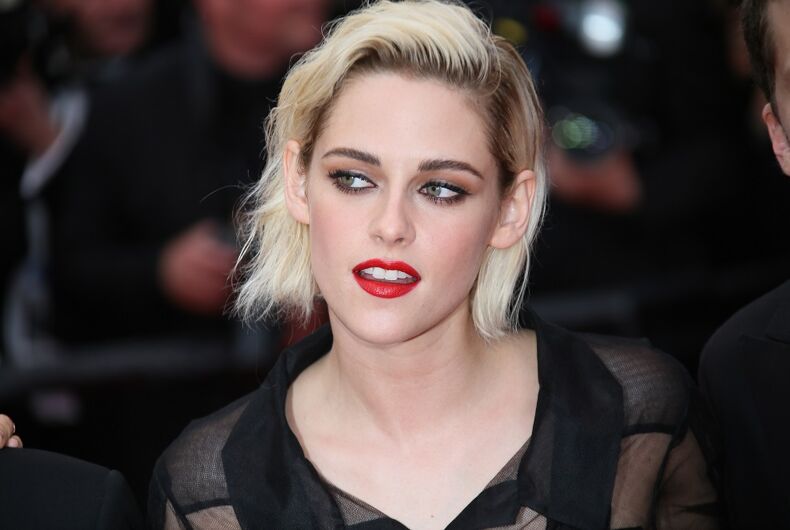 Nominations for the 94th Annual Academy Awards were announced this morning, and they include a handful of LGBTQ stars and films.

Kristen Stewart, who identifies as queer, has been nominated for Best Actress in a Leading Role for her work in the film Spencer, in which she portrays the late Princess Diana. In November, Stewart announced her engagement to screenwriter Dylan Meyer on The Howard Stern Show. As of January 27, the couple had not yet set a wedding date.

Related: This gay couple climbed 65 mountains in one year to celebrate turning 65

Ariana Debose clinched a nomination for Best Supporting Actress for her role as Anita in West Side Story. If she wins, DeBose – who is also the co-founder of the LGBTQ-focused Unruly Hearts Initiative – would be the first out queer women of color ever to take home an Oscar.

An animated documentary, Flee, has also been nominated for Best Animated Feature, Best International Feature Film, and Best Documentary Feature.  Flee is the true story of a man who fled Afghanistan reflecting on his past as he prepares to marry his future husband.

Also nominated for Best Animated Feature Film is The Mitchells vs. the Machines. The film centers a queer character named Katie, played by out actress Abbi Jacobson, who must work with her family to save the world from a robot apocalypse.

The organization pointed out that LGBTQ stars who were snubbed include Lady Gaga for House of Gucci, Tessa Thompson for Passing, Colman Domingo for Zola, and Jacobson, herself, for her role in The Mitchells vs. the Machines.

There were a few other films nominated that cover LGBTQ issues as well.

And Power of the Dog earned several nominations, including for Best Picture. The film tells the story of a hyper-masculine, woman-hating 1920s rancher played by Benedict Cumberbatch and centers the sexual tension between the two main male characters.

If Americans didn’t know the Holocaust was about race, they do now