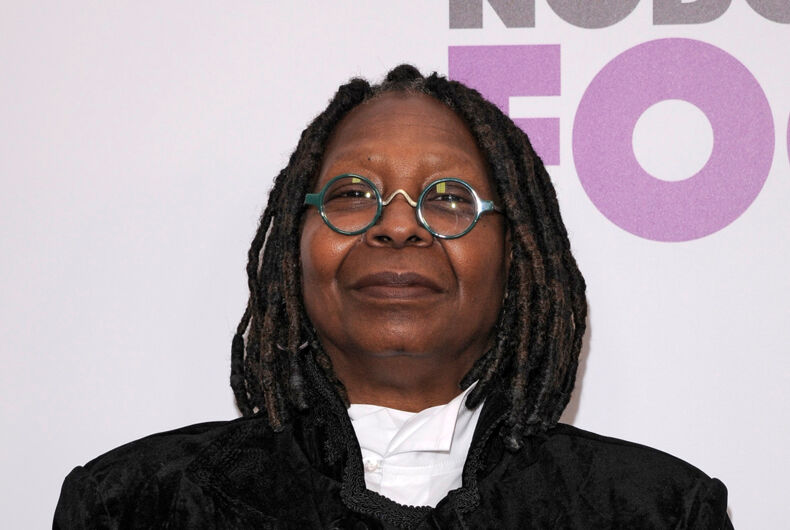 Conversations about race in America are our third rail. It trips us all up. Whoopi Goldberg proved that last week on the television talk show The View during a conversation about a Tennessee school district banning Maus, a graphic novel about the Holocaust, from its curriculum.

In her rebuke, Goldberg emphatically stated the Holocaust was not about race. She viewed the Holocaust as a form of sectarian violence when she said, “These are two white groups of people.”

Related: Marjorie Taylor Greene is mulling a run for president in 2024

Later that evening, in what was supposed to be Goldberg’s public mea culpa moment, she further tripped herself up in the controversy by doubling down on her premise.

“As a Black person, I think of race as being something that I can see. So, I see you, and I know what race you are,” Goldberg said during an appearance on The Late Show with Stephen Colbert. Goldberg’s faux pas — which itself occurred during a discussion about education — should have evolved into a prime teaching moment for America to have a robust conversation about the relationships between antisemitism, racism, and whiteness.

Race is a social construct and not a biological fact. However, the deleterious effects of America’s dominant Black/white racial paradigm exclude other racial groups whose skin color and phenotype complicate the racist model.

On The Late Show, Goldberg further expounded that Jews are white and the Holocaust was “white on white” genocide. She illustrated a hypothetical situation in which white supremacists would be able to spot her visibly, but not a Jewish friend.

“If the Klan is coming down the street … I’m gonna run. But if my friend decides not to run, they’ll get passed by most times, because you can’t tell who’s Jewish,” Goldberg said. “It’s not something that people say, ‘Oh that person is Jewish.’”

Goldberg lauds herself as a friend to the Jewish community because of her friendships, associations, and stage name. However, one’s allyship to a marginalized community doesn’t mean it should go unchecked. Since this controversy, many are now querying Whoopi’s appropriating a Jewish-sounding name. Goldberg is an African-American woman with no Jewish ancestry. She was born with the name Caryn Elaine Johnson and later adopted Whoopi Goldberg as her stage name because she identifies with Judaism.

“I just know I am Jewish. I practice nothing. I don’t go to temple, but I do remember the holidays.”

Would this be reversed, many African-Americans would want Whoopi to explain further.

While it is true that most Jews in America are Ashkenazic and predominately white-skinned, how we view race today in America is very different than how it was viewed in Europe during the Holocaust. As a matter of fact, America’s racial caste system informed Nazi Germany. Both white America and Nazi Germany wanted to maintain racial purity.

America’s system of Jim Crow laws on anti-miscegenation criminalizing sex and marriage between blacks and whites laid the legal groundwork for banning Jewish and Aryan marriages, which the Nazis called rassenschande, which translates to “race defilement.” The Nuremberg Laws — the Reich Citizenship Law and the Law for the Protection of German Blood and German Honor — were racist, antisemitic, and separated Jews from society.

While it is also true that many European Jews have white skin like their oppressors, 92% of American Jews describe themselves as white, according to a recent May 2021 Pew Research Center Poll. From an American perspective on race, white as a racial category erases racial differences and the struggles of European immigrants like Hungarians, Italians, Irish, Greeks, etc.

White privilege that America confers to white-skinned people obscures and complicates how some whites are harmed by an economic system that disempowers them and their support of public policies against the best interests of most people, including most whites.

The topic of race continues to be a messy one in this country. If Americans didn’t know the Holocaust was about race, they do now.

I believe Goldberg’s heartfelt apology and agree that she should be suspended from the show to reflect. Her confusion is ours, too. But sometimes, an apology is not enough. We must inform our thinking and change our actions.