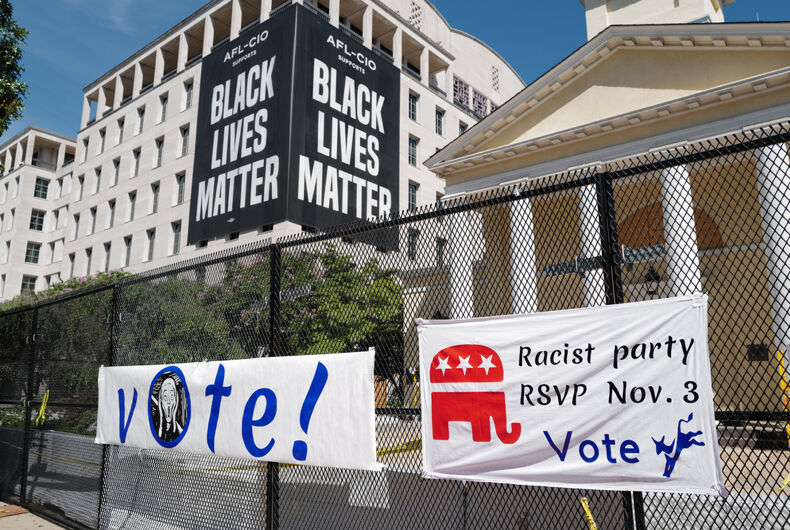 Washington, DC – September 5, 2020: Conveying the message at St John's Church to vote in order to participate in American democracy is a fundamental responsibility for every eligible citizen.Photo: Shutterstock

The GOP Twitter account shared a profile on Republican National Committee spokesperson Paris Dennard, a Black man. They touted their commitment to “minority engagement” in the tweet and the reaction has been about what you’d expect.

Many people who follow politics (and the Republicans’ racist and anti-LGBTQ attacks over the past year) called bullshit.

“The GOP is excited to be making historic investments in Black communities!” the account tweeted with the link. “Republicans are continuing to make inroads with minority voters and are promoting minority engagement efforts in communities around the nation.”

One response summed up the rest succinctly. It quoted queer Black author James Baldwin: “I can’t believe what you say because I see what you do.”

When? The @ALGOP blocked the City of Birmingham from raising its minimum wage and just passed a bill that’s states 4 or more protestors can be deemed rioters. I mean but only if you black or brown.

Do Black Republicans fly these flags?https://t.co/XR7FZxmdm5

I lived unapologetically as a Black gay man in the 70s. Now I’m aging with pride & dignity.