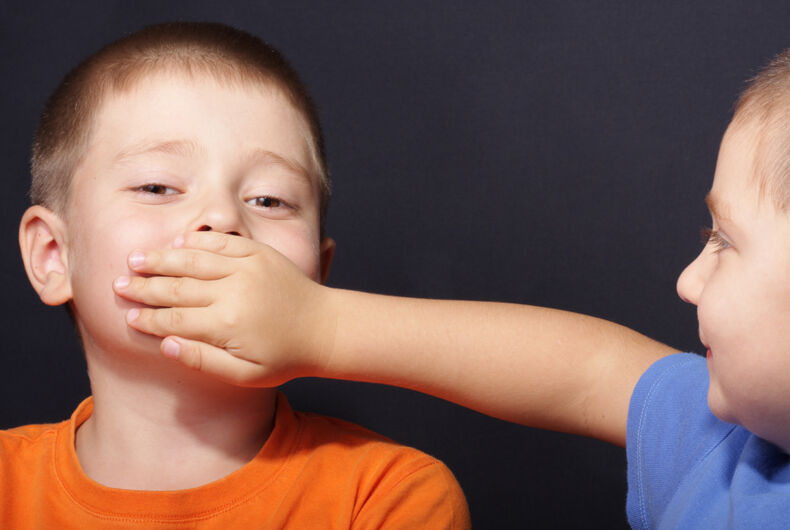 Florida’s H.B. 1557, which would ban teachers from discussing LGBTQ people in class, has passed the state House of Representatives. LGBTQ advocates like Chasten Buttigieg have pointed out that LGBTQ teens are at a heightened risk of suicide and the bill would cut them off from help from their teachers.

After a gay legislator broke down in tears speaking against the bill, Republicans passed the measure without Democrat support. The House also passed the “Stop WOKE Act” that bans discussions on race and gender identity.

“Despite overwhelming public outrage, polling data underscoring immense unpopularity with voters, and hours of testimony from LGBTQ families, Republican legislators voted to pass the ‘Don’t Say Gay’ bill and ‘Stop WOKE’ Act in the Florida House. If signed into law, these bills will have disastrous impacts on classrooms and workplaces,” the LGBTQ advocacy group Equality Florida said in a statement immediately following the vote.

“They will turn Florida into a surveillance state and give the government broad license to censor conversations about American history, the origins of racism and injustice, and the existence of LGBTQ+ people.”

Rep. Joe Harding (R), the bill’s sponsor, insisted that it wasn’t anti-LGBTQ or motivated by animus toward the community. The night before the vote, Harding appeared on an anti-LGBTQ hate group’s online show to tout his legislation and complain that a school somewhere in America used a gingerbread cookie to explain gender to children.

“I believe in the idea that creating boundaries at an early age of what is appropriate in our schools – when we are funding our schools – is not hate,” Harding said during the vote. “It’s actually providing boundaries, and it’s fair to our teachers and our school districts to know what we expect.”

Harding withdrew an amendment that would have required schools to out children to their parents – even when they knew it would make the child unsafe.

Earlier this month, out Secretary of Transportation Pete Buttigieg called out the bill, saying that it would contribute “to the shocking levels of suicidal thoughts and suicide attempts among LGBTQ youth.”

And, as a new gay dad, he also attacked the bill for banning the children of LGBTQ people from talking about their families at school.

“Chasten, my husband, pointed out that if our kids some day- some Monday morning come into class, you know, and kids are sitting around and the teacher’s got the morning circle talking about how everybody’s weekends went, and one of them says, ‘I had the best weekend with my dads,’ is the teacher supposed to say, ‘No, we don’t talk about that here’?” Buttigieg said on CNN.