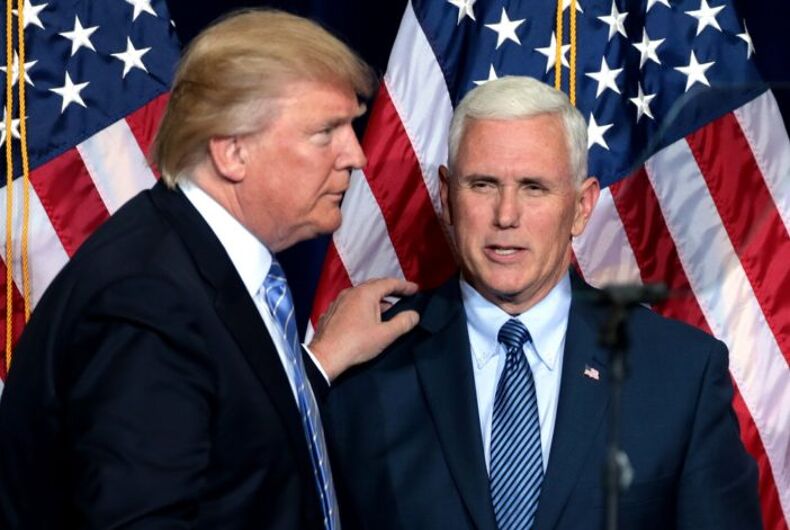 Two prominent Republicans are angry at Mike Pence for standing up to Donald Trump several days ago when he said that he did not have the right to overturn the 2020 election results.

For over a year, Trump has insisted that Pence – who presided over the Senate – could have and should have rejected the results of the 2020 election, which President Joe Biden won and Trump lost. Trump even called Pence to tell him to do so just hours before the January 6 Capitol Insurrection, telling Pence that he would “go down in history as a pussy” if he didn’t overturn the election for him.

Related: Here are all the actions taken so far by the Biden-Harris administration to advance equality

“Under the Constitution I no right to change the outcome of our election, and Kamala Harris will have no right to overturn the election when we beat them in 2024.”

While his words are just a fairly basic defense of the concept of democracy, prominent Republicans are attacking him for going against Trump, who continues to insist that Biden orchestrated a massive, multi-state effort to steal millions of votes and somehow left no evidence of the scheme.

“I think he did what he thought was right,” former South Carolina Gov. and U.S. Ambassador to the U.N. Nikki Haley said on Fox News, implying that there’s room for debate on whether overturning free elections is right or wrong. “But I will always said, I just- I’m not a fan of Republicans going against Republicans, because the only ones that win when that happens are the Democrats and the media.”

Nikki Haley on Pence statement: I’m not a fan of Republicans going after Republicans pic.twitter.com/zLb91gSq3r

Trump himself spoke out against Pence’s comments, saying in a statement that “I was right and everyone knows it,” referring to his contention that Pence should have overturned the election’s results.

Trans teen afraid to leave home because of bullying. Mother says the school’s not helping.