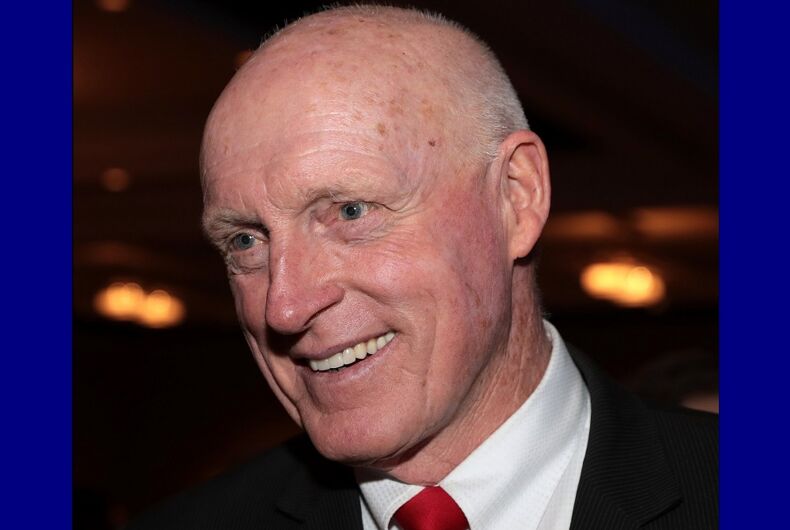 Lawmakers in Arizona introduced a bill to protect LGBTQ people from discrimination.

“The coalition supporting this are people from so many walks of life coming together based on values of fairness, and freedom for all,” said state Rep. Amish Shah (D), one of the main sponsors of the bill.

While legislators in many states are revving up attacks on LGBTQ – and especially transgender – rights this year, a bipartisan coalition of lawmakers came together in Arizona to propose a bill to add sexual orientation and gender identity to the state’s anti-discrimination laws, which ban discrimination in housing, jobs, and public accommodations.

The bill has a religious exemption, but it only applies to churches, not individuals and businesses who claim their religion requires them to discriminate.

The bill has gotten support from mainstream religious leaders, including the Episcopal church and the Church of Jesus Christ of Latter-day Saints.

“This bill means that every Arizonan can be viewed just for who they are, for who God made them in the image of God, and not be discriminated against,” said Episcopal Diocese of Arizona Bishop Jennifer Reddall.

But Christian conservatives are opposed to the measure.

This legislation would treat reasonable disagreement as if it were discrimination, dictate a coercive sexual ethic and penalize those who dissent,” said Cathi Herrod of the far-right Center for Arizona Policy.

The coalition behind the bill in the state house includes Speaker Rusty Bowers (R), which could help the bill’s chances in the Republican-held chamber.

“But even Bowers himself isn’t sure that it’ll pass and said that he won’t call a vote on the bill if a majority of Republicans won’t vote for it.

“I do not anticipate a rose strewn path in front of me, but we are here honorably and working together,” he told the AP.