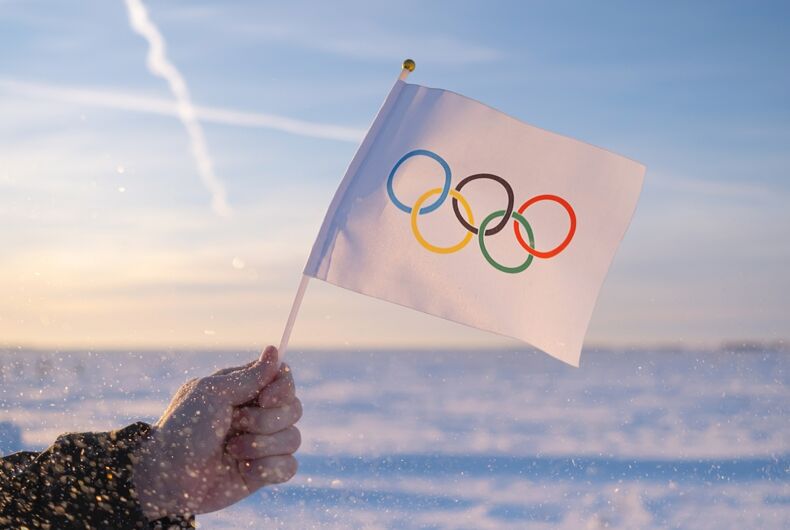 A new law in China means gay dating app Grindr will no longer be available on the country’s Apple app store. The news comes as the Winter Olympics are set to start in Beijing on Friday, with speculation that the government wants to crack down on LGBTQ content before the games.

A Grindr spokesperson said the company chose to remove their app out of caution, as the company anticipates additional regulations as the law is implemented.

“Like many other U.S. companies, we’ve chosen to remove our app from the app store in China due to the potential increased burden from China’s recently implemented Personal Information Protection Law (PIPL),” Patrick Lenihan told The Advocate.

Grindr – which is based in the U.S. after being sold by its previous Chinese owner in 2020 – says they might revisit their decision in the future, with Lenihan explaining that the Android app store Google Play is unavailable in China.

The PIPL went into effect on November 1, requiring data transferred between China and other regions to be approved by the Chinese government first.

Not all aspects of the law came into effect immediately. However, tech companies and legal experts predict problems with company compliance.

With Grindr off the market, Chinese competitors, including Blued, remain the most accessible gay dating apps.

Alongside the PIPL, there are additional fears regarding further regulation of LGBTQ content in China. For example, the nation’s Cyberspace Administration recently announced that it would increase efforts to ban and censor content that it considers pornographic or otherwise unacceptable.

Major cities in China have thriving, unapologetic queer scenes. However, the community still faces barriers in both rights and representation.

While homosexuality was decriminalized in China in 1997, lesbian, gay, bisexual, and transgender people face legal and social challenges that are not experienced by non-LGBTQ residents. Same-sex couples cannot adopt in China, conversion therapy has not been banned, men who have sex with men cannot donate blood, and there are few protections surrounding discrimination.

The Chinese government also banned portrayals of “sissy men” from television programs and “gay love” from video games last September. The National Radio and TV Administration announced that they must “resolutely put an end to sissy men and other abnormal esthetics.”

Furthermore, in November, LGBT Rights Advocacy China “regretfully” ceased all activities on social media and shut down its accounts indefinitely. It removed itself from WeChat and Weibo, two widely used platforms in China, following their work towards greater rights for LGBTQ people. The group advocated and pushed for awareness of the community, as well as same-sex marriage and protections against workplace discrimination.

These leaders are amplifying the voices of the Black queer community