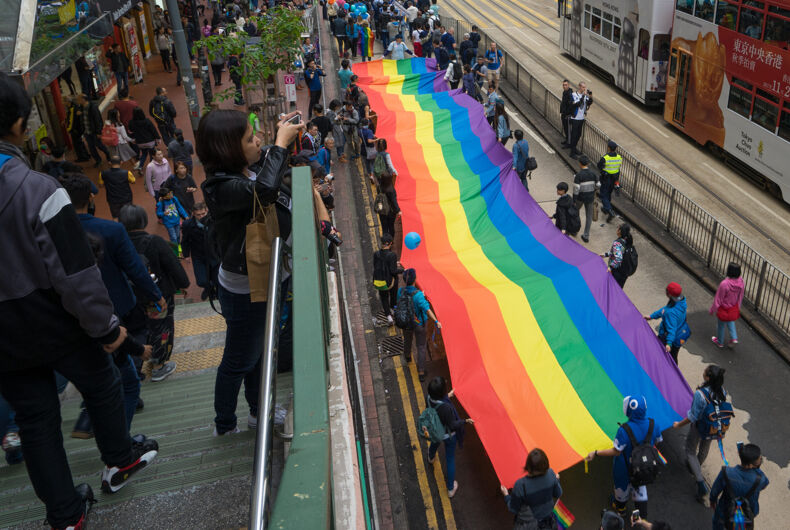 NOV 25, 2017: Passerby is taking photo of the long rainbow flag of the pride parade in Hong Kong.Photo: Shutterstock

China’s communist government is continuing a crackdown to enforce the government’s cultural, economic, and social control as President Xi JinPing calls for a “national rejuvenation.”

Broadcasters must “resolutely put an end to sissy men and other abnormal esthetics,” according to the body that regulates television broadcasts. Some male K-pop singers have accentuated more traditionally feminine features and eschew stereotypical masculinity.

K-pop has legions of fans around the world and they have a strong internet presence. They’ve joined together before to protest social injustices around the globe and China is concerned about the influence they could have on young men in the country.

China’s record on human rights is of regular concern. The country has also cracked down on movies, newspapers, and internet access recently and has previously disbanding LGBTQ organizations.

WeChat, China’s largest social media platform, deleted dozens of LGBTQ-related accounts run by non-governmental organizations and student groups earlier this year. While the platform said these accounts “violated” the platform’s policies, it provided no further details, raising fears of a growing crackdown on LGBTQ groups and content in the country.

LGBTQ people know how to survive during a pandemic