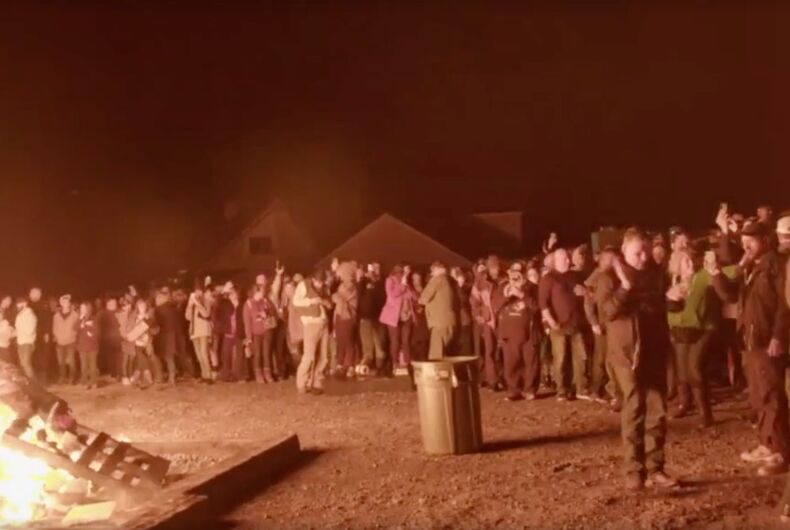 An anti-LGBTQ hate preacher led his congregation in a good ol’ fashioned book burning in Tennessee.

Pastor Greg Locke claimed to “delivering” his flock from demons by casting novels like Harry Potter and Twilight into the flames.

Locke is known for his over-the-top stunts in the name of Jesus that lines his pockets while pumping out dangerous rhetoric.

He streamed the revival live on social media and bragged to the audience about the number of people who were watching online.

Last year, Locke held Easter church services in the face of the coronavirus pandemic and went so far as to “reenact” the crucifixion, setting up a cross outside the church that his son was put on and dressing up his teen daughter as the Virgin Mary.

“God is taking note and so is the Devil!” Locke proclaimed before leading his flock outside to the giant bonfire. “Let’s go give the devil a black eye.”

Marjorie Taylor Greene is mulling a run for president in 2024