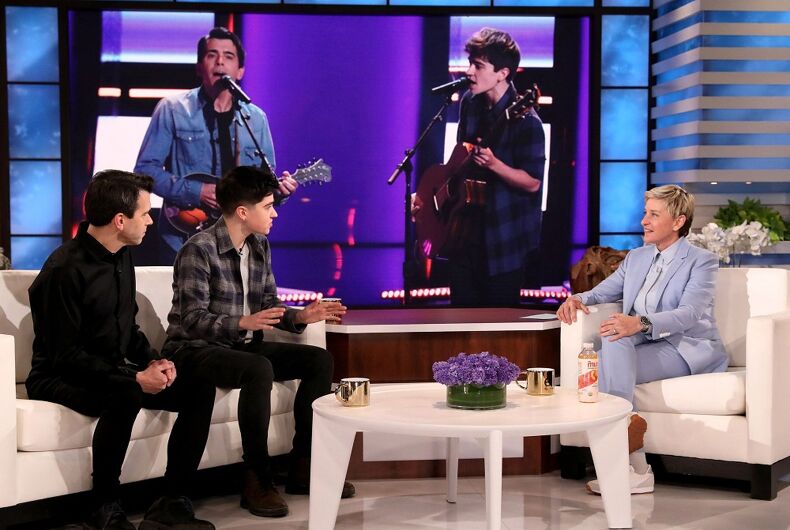 The Voice semifinalist father/son duo Jim and Sasha Allen were on The Ellen DeGeneres Show and Sasha talked about being the first out transgender person on the long-running reality show to make it past the battle rounds.

“There’s not really a choice in the matter of coming out, because… you can’t live with that pain anymore, you just have to be yourself,” Sasha said. “I made the decision to share my story in this way because I was like, ‘If I could help one kid who’s in the position that I was in, or help somebody to understand who knows nothing about trans people or has never met a trans person, it would all be worth it.'”

Jim and Sasha Allen ended up getting to the semifinals before their run on the show ended, and fans went wild for them as they performed on the show each week.

Ellen also said it was important for the media to show parents who love and accept their transgender children.

Jim said it’s important for parents of trans kids to realize “that your child has been dealing with this for years, coming to terms with it, finally having the courage to talk about it openly…. That’s the time for a parent to listen, and to listen again, and slow down and listen some more. Because that’s our job as parents.”

Later in the show, they performed “Home” by Edward Sharpe and the Magnetic Zeros.