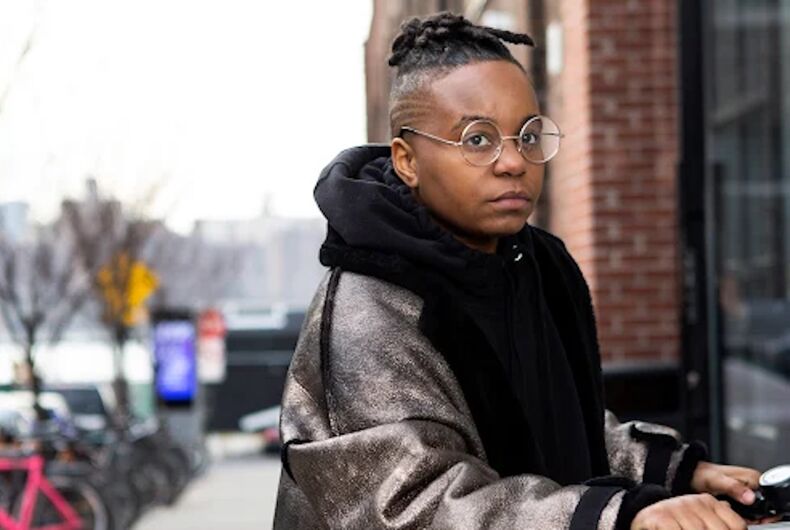 California law enforcement officials conduct body searches on Black and transgender people more often than on white and cisgender people, according to a new report from California’s Racial and Identity Profiling Advisory Board.

The report found that transgender women were 2.4 times more likely to be searched compared to women who appear to be cisgender.

It also found that police took actions against trans people 62 percent of the time they were stopped — far more than on cis people. Officers handcuffed or detained trans women more often than the general population. Officers also searched trans men more often than members of any other gender identity.

While authorities stopped 445,000 more white people than Black people in 2020, Black people were more likely to be “searched, detained, handcuffed and ordered to exit their vehicles” or to have force used against them, the report found.

In order to cut down on these disparities, the board suggested that legal agencies start requiring multiple hours of LGBTQ-specific training for officers, including efforts to reduce anti-trans bias. The board suggested banning the practice of frisking people to figure out their gender identity.

The board also suggested that legal authorities adopt policies to make sure that officers don’t ask trans people to remove their wigs or underwear, unless the same is also asked of cis individuals.

The board’s report, its fifth-ever on this topic, will be used to “inform state legal agencies, the state’s police office training board and state lawmakers,” KTVU reported.

While the California Highway Patrol’s data for this report didn’t include information on gender identity, all agencies will be required to submit such data starting in 2023.