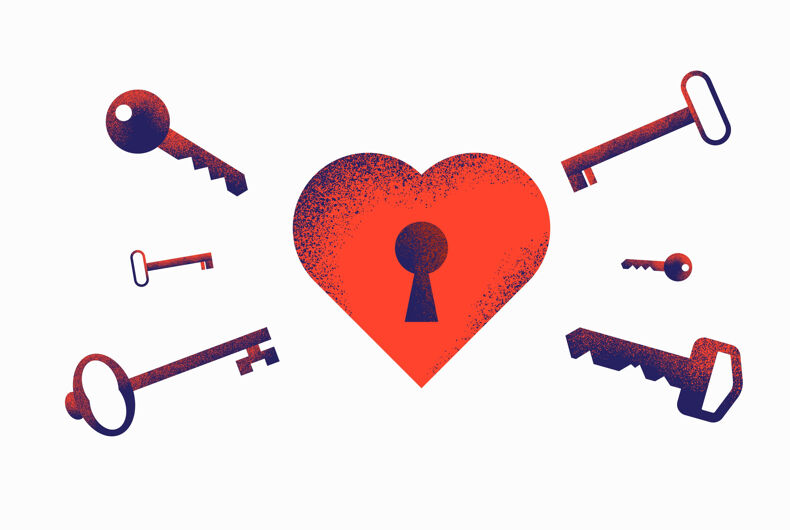 For most people, having more than one partner at a time seems like an extremely unconventional practice. After all, monogamy is woven into the very fabric of our society. Everything from our laws, to media, to love songs, is completely predicated on two-person relationships being not just ‘the norm’, but damn near the only available choice.

But it’s 2022, and our conceptions of gender, sexuality, and relationships are being broken down. Nowadays, more and more people are expressing genuine interest in the idea of an ethically non-monogamous (ENM) relationship.

According to a recent study, about one in five Americans have engaged in some type of consensual nonmonogamy –  whether that means entering an open relationship, trying their hand at swinging, or joining a “polycule.” Another recent study found that a third of all Americans say their ideal relationship is non-monogamous!

So if you’re one of those people whose curiosity has been sparked by the idea of non-monogamy, then this guide is for you. Read on to learn more about terms related to ENM, the different types of ENM relationships, as well as what ENM dating and an ENM marriage can look like.

ENM Meaning: What Is ENM?

To understand what ENM is, let’s first look at the word “monogamy”. It comes from the Greek “monos” meaning alone and “gamos” meaning marriage. Thus, the practice of monogamy involves having a relationship (casual, sexual, romantic, or otherwise) with only one person at a time.

Ethical non-monogamy (ENM), on the other hand, is the opposite of monogamy. It is an umbrella term used to describe several practices involving having more than one romantic and/or sexual partner at a time.

Now, is ENM the same as cheating? No.

Ethical non-monogamy is different from cheating in the sense that, with the latter, only one party is aware of any romantic or sexual involvement had outside of the relationship. However, in an ENM relationship, everyone involved is not only aware but also enthusiastically consenting to the dynamic. In fact, consent (and communication) are incredibly crucial to maintaining an ENM relationship.

Arguably, the most well-known form of ENM is polyamory.

What Does Polyamorous Mean?

To define “polyamorous”, let’s take another quick lesson in Greek. The word polyamorous is a combination of the Greek term “poly”, meaning many or more than one, and the Latin term “amor” meaning love. Thus, a good way of summarizing the polyamory definition could be loving or entering an intimate relationship with more than one person at a time.

How is polyamory different from other types of ENMs? Unlike swingers or people in open relationships who focus more on having casual sexual relationships outside of their primary relationship, polyamorous people seek to be sexually and romantically involved with their partner/s.

Some people see dating multiple people as a lifestyle choice – they enjoy practicing polyamory, but they can also choose to become strictly monogamous. Meanwhile, other polyamorous people see their non-monogamy as an inherent part of their identity, kind of like sexual orientation.

Whereas polyamory is the practice of having intimate relationships with more than one person at a time, polygamy is the act of marrying multiple partners.

While polyamorous relationships are legal in most places, polygamous relationships, on the other hand, are not. In most of the US and Canada, polygamy is illegal. However, there are some members of the polyamory community fighting for the decriminalization of polygamy.

Note that this list does not encompass the myriad ways people can practice having emotional connections and committed relationships with multiple partners.

In a hierarchical polyamorous relationship, you have a “primary” partner whom you prioritize over your “secondary” partner or relationships. Your primary partner is usually the person with whom you cohabitate, share finances, and have children. Your primary partner is also the person with whom you set rules or agreements regarding your polyamorous dynamic. These constraints usually involves things like sexual encounters, emotional intimacy, physical boundaries, relationship satisfaction, etc.

In a non-hierarchical polyamorous relationship, there are no “primary” or “secondary” relationships. Everyone in the polycule – that is, everyone involved in the “relationship map” – is free to be romantically and/or sexually involved with each other in whatever way feels best.

This can be described as one person who wishes to have multiple romantic relationships without making any commitments or having any obligations to their partners. In a sense, a solo-poly person becomes their own “primary” partner.

A vee relationship consists of one person (called the “hinge”) dating two people who have no romantic or sexual involvement with one another. Thus, the hinge maintains two separate relationships at a time. In some dynamics, the hinge’s partners are friendly with one another or at least have mutual respect for each other. In other dynamics, the partners may prefer not to meet each other at all.

A throuple is a committed relationship involving three people. Oftentimes, a throuple will start out as a couple in search of a “third” long-term partner.

A quad is usually formed when two polyamorous couples date each other. There are many ways a quad can play out, from all parties having a sexual and romantic relationship with one another to only one person from each couple having an intimate and/or sexual relationship.

Other Types of Consensual Nonmonogamous Relationships

As mentioned, polyamory is just one way of practicing ENM or consensual non-monogamy. Other types of ENM relationships include:

Swinging is a term that first gained popularity in the 70s during the sexual revolution. While it was widely considered an “alternative” practice among hippies, it wasn’t unusual for seemingly vanilla couples to engage in swinging in secret.

So what is swinging exactly? Most of the time, it involves married couples joining “swingers parties” to meet other couples to have sex with. Unlike those in open relationships, swingers always swing as a couple.

Some swinger couples will seek out “unicorns” or thirds – single men or women to have sex with. In a way, swingers are like quads or triads, but without the romantic aspect.

A few years ago, relationship and sex columnist Dan Savage popularized the word “monogamish”, which is essentially another term for an open relationship. However, monogamish couples are distinct in that they may not engage in consensual non-monogamy very frequently, but they’re always open to the idea.

What Are The Advantages Of Entering An Ethically Non-Monogamous Relationship?

For people who aren’t inclined towards polyamory or who simply haven’t been exposed to the idea of non-monogamy until recently, the concept of juggling multiple relationships can seem overwhelming. After all, having to provide emotional support to multiple people at once, figuring out relationship structures and hierarchies, explaining your dynamic to friends and family members, and keeping jealous thoughts at bay does sound like a lot for one person to handle.

But there is also a lot to gain from practicing ENM. And monogamous people can also learn a lot from ENM-practising and polyamorous folks, including:

1. You Become A Better Communicator

Most people, especially heterosexual people, tend to follow the traditional expectations for relationships, whether they like it or not. Following these expectations is not necessarily a bad thing, but if you’re doing so without first evaluating what you truly want and need from your relationship, you could end up becoming very unhappy.

2. You Can Maintain Your Individuality

It can be easy to lose your sense of self in a long-term relationship. This is especially true when you are unable to set healthy personal boundaries between you and your partner. People who have this problem may feel like they need constant validation from their partners to make a decision, feel the need to give up their wants and needs to make their partner happy, and lose confidence in their ability to take care of themselves.

Experts argue that when this happens, it is important for people to attempt to differentiate themselves from their partners.

While entering an ethically non-monogamous relationship isn’t a cure-all for relationship troubles, it can help some people regain their sense of individuality. In an ENM relationship, you have more variety, you get to decide on what you want from your romantic partners, and enjoy separate experiences.

3. You Get To Examine The Root Of Your Jealousy

Jealousy is a huge problem in monogamous relationships – one that can even destroy the relationship if left unresolved.

For one, non-monogamous couples view jealousy as a symptom of something that runs much deeper, whether that means having low self-esteem, having anxiety issues, or having a fear of abandonment. Those in polyamorous relationships do a lot of introspection and communication, so that they can untangle their messy feelings, address the root, and cope in a healthier way.

How Do You Know If ENM Is Right For You?

So you’re interested in practicing polyamory. But you’re not quite sure if you can be the type of person who can handle being in relationships with multiple people. To help you figure out if non-monogamy is right for you, we’ve got a list of questions you can ask yourself:

How Do You Know If ENM Is Not For You

You may not be in the right headspace to open up your relationship at the moment. Or you simply might not be the kind of person who can juggle multiple partners. Here are 5 signs that an ENM relationship is not the best idea for you at the moment:

If you are currently in a monogamous relationship and want to discuss the idea of going poly with your partner, it can oftentimes feel like navigating a minefield. If you want to be poly relationship goals with your current partner, here’s how you should tackle the conversation:

Ethically non-monogamous relationships can be a fulfilling and intimate way to experience love. If you’re interested in exploring this, we recommend talking with your partner about it before making any decisions.

Related:Republicans & Democrats have vastly different sexual fantasies & the reason why is fascinating

Kyrsten Sinema’s approval rating with Dems stands at 8%. It’s about to sink lower.