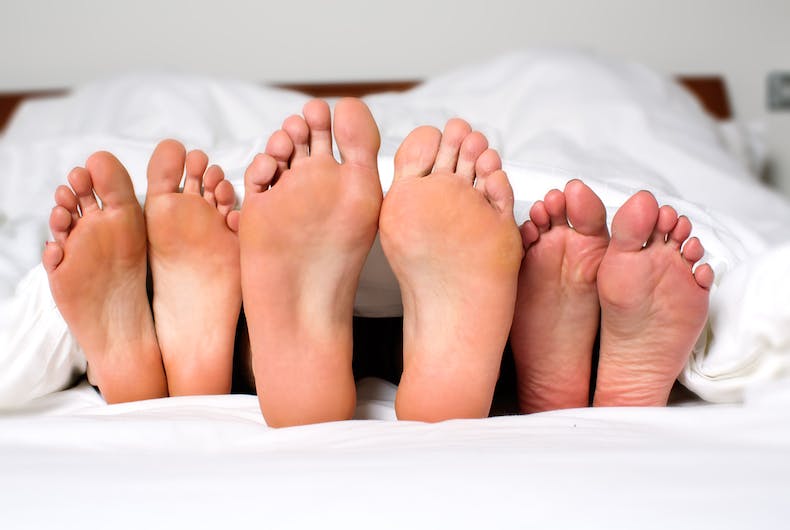 They say sex is all in your head, and Republicans and Democrats have vastly different ways of thinking. They also have different sexual fantasies – and the psychology behind the preferences are blindingly obvious when you think about it.

Republicans, the party of “family values,” fantasize about sex outside of marriage. While the evangelical Christian base of the party decries marriage equality and positions themselves as the morality police, their secret desires are the exact opposite.

While it might seem obvious why Republicans are drawn to non-monogamy while Democrats are all about wielding power, the study’s author, Justin Lehmiller, points out that “there’s far more that unites us than divides us when it comes to sexual desire.”

The fantasies are driven by what they cannot have.

“The supersized sexual appeal that nonmonogamous and voyeuristic acts hold for Republicans likely stems from the fact that sex outside of marriage and multipartner sex are huge no-nos in a political party that continues to make “traditional marriage” one of the cornerstones of its official platform and regularly funnels federal funds toward abstinence-only sex education,” Lehmiller said.

“Within the Democratic Party, much of what drives the political agenda is the view that inequality is the source of a wide range of social problems. This is regularly seen in the party platform, which recently made multiple mentions of the need to ‘level the playing field’,” he continued.

Lehmiller cites the psychological principle of “reactance” to explain the phenomenon.

“When our freedom is threatened and we’re told we can’t do something, we want to do it even more,” he said.

Interestingly enough, neither Republicans nor Democrats fantasized frequently about having sex with a politician. But for those who did, members of both parties chose the same person most frequently: Sarah Palin.

Did Land O’Lakes’ lesbian CEO stop the company’s support for a neo-Nazi Congressman?