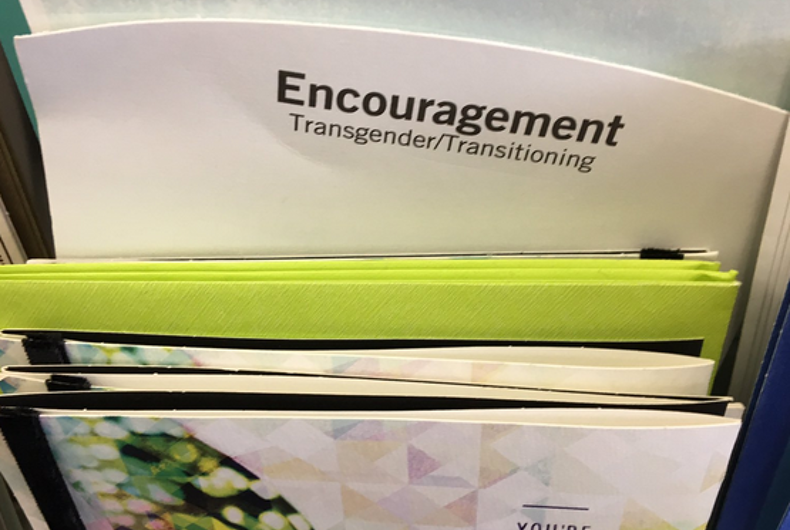 Gender affirmation surgery can be an incredibly freeing and life-changing decision. But it’s also understandable if the thought of going under the knife makes you anxious. Like any major surgery, there are risks of complications, scarring, and infection. And depending on the kind of surgery you get, you can experience changes in sexual satisfaction and sensation in certain areas.

But for the majority of trans people who opt for surgery, the benefits outweigh the risks and disadvantages. For one, researchers have reported that there are long-term mental health benefits to gender affirmation surgery. Many trans people have said that the anxiety and depression they’ve had due to gender dysphoria lessens over time, and they begin to feel more comfortable, confident, and at home in their bodies. Plus, the complication rate for female to male gender affirmation surgery is relatively low at 5.8%.

If you’re still apprehensive about gender-affirming surgery and its effects on your sexual and physical health, perhaps seeing success stories from trans men who have gone through it all may help assuage your worries. So here are a few “female to male” transition photos to inspire and affirm so you can have a little bit of a preview of what to expect on your own transition.

9 Transition Photos That Prove That It Does Get Better

Before we jump into our list of inspiring images, we’d like to point out that transitioning is different for everyone. Some people may feel that gender-affirming surgery is integral to the improvement of their mental health. Others may not even see surgery and hormone therapy (HRT) as a necessary step in their transition journey. It’s totally fine either way, as long as you’re happy!

And for those who do undergo some type of procedure, remember that individual results vary. The photos included in this list are meant to inspire and affirm but are in no way the gold standard of what a trans person post-surgery is supposed to look like. In fact, there is no standard! All bodies are unique, valid, and beautiful either way.

Jamie Raines is an English YouTuber who often talks about his experiences as a trans man in his vlogs. Over the course of six years, Jamie documented his transition journey, taking viewers along for the ride as he experienced all the physical and psychological changes of undergoing HRT, top surgery, and metoidioplasty – a type of surgery done to create a “new penis” out of tissues taken from the clitoris.

Unlike a phalloplasty, which is a complicated procedure that involves lengthening one’s urethra and a skin graft from one’s forearm for penile construction, metoidioplasty surgery has a lower risk of urological complications and a faster healing time. Raines also underwent scrotoplasty, which is a form of lower surgery done to create a scrotum.

Check out these side-by-side photos of Jamie six months after their top surgery and eight years post-op.

Chella Man is a deaf, trans-masculine, Chinese-Jewish artist who, like Jamie, spent several years documenting his transition journey and sharing his experiences with HRT and top surgery. Chella has spoken up about having to be “his own representation” as he had a hard time finding someone else in the media who looked like him.

Last year, Chella shared a video of himself during his first top surgery consultation next to a video of himself one month post-op and eight months on testosterone. In the caption, he writes about the evident changes the procedures have done not only to his appearance but to his confidence as well.

“Today, one month post-op and 8 months on testosterone, I stand with ease, welcoming the reflection I now see,” Chella writes. “My days of dysphoria have finally passed. I am free.”

Aiden Mann’s journey proves that gender-affirming surgery won’t always be a walk in the park and that for some trans folk, revisions are just part of the process. Through Instagram and TikTok, Aiden has been open about his struggles with the results of his subcutaneous mastectomy (a procedure involving the removal of the tissues in one’s breasts). He’s had to undergo multiple visits to his surgeon and several revisions, particularly because of the way his nipple scars heal.

But still, Aiden persisted and seems happier than ever!

Emmett Preciado is a trans man and actor who has appeared on shows like Freeform’s Good Trouble and ABC’s The Good Doctor. On his website bio, Emmett shares that he wrestled with his identity a lot growing up. When he hit puberty, he wore “layers and hoodies to cover his chest” because he didn’t want the girls in his class to see that he was becoming like them.

Today, you can see Emmett bare his chest proudly on Instagram. Proof positive that it does get better!

While some trans men opt to get a total hysterectomy, others don’t or hold off on the surgery to have kids in the future. Such is the case of actor, writer, director, and activist Jake Graf, who had a baby with his wife via surrogacy. Jake paused his HRT for six months and had his eggs harvested at a fertility clinic.

Jake’s story is a great reminder that undergoing gender-affirming surgery and taking HRT doesn’t mean you have to give up your dreams of raising a family. Check out this precious photo of Jake with his wife Hannah and their adorable baby girl.

Like Aiden, trans activist and community organizer Skyler Jay has been open about the issues he’s had with his health following his surgery. After Skyler underwent a double mastectomy to remove his breast tissue, he went through surgery complications, revisions, and far more months of healing than expected, but he says he wouldn’t have it any other way.

“I knew I had to go through my pain to have that top surgery”, says Skyler in a video to promote his non-profit, Aadya Rising. “I would do it again if that’s what it meant to get me to where I’m at right now”.

Today, Skyler is living his best life. Skyler’s story and even footage of his top surgery were featured in a groundbreaking episode of Netflix’s Queer Eye.

Laith is a model, actor, and activist who has been featured in major publications like British GQ, Vogue France, and Attitude UK. Growing up, Laith struggled with his sexual orientation and gender identity, as well as his family’s disapproval.

However, in an interview with British GQ, Laith says that it was when he came across YouTube videos of trans people documenting their transition journeys that he realized “this is who I am”.

Looking for some fitspiration? Check out the inspirational Aydian Dowling. He is a life and fitness coach and the creator of TRACE, an app that trans people can use to document their transition, take voice recordings, and create reminders for essential appointments and procedures. On his Instagram page, Aydian drops some helpful truth bombs about fitness, mental health, self-image, and self-confidence.

Oh, and did we mention he’s the first trans man to appear on a special edition cover of Men’s Health magazine?

Like some of the others on this list, Leo Sheng’s top surgery recovery process hasn’t always been pretty. The activist, public speaker, and writer recently shared some photos from the early days of their recovery, where their scars and bruises were still very apparent. He also opened up about some of the “what if’s” they’ve had when ruminating on their journey, and whether it was all worth it, despite not getting the results he intended.

“Everyone’s bodies are different, which means everyone heals differently,” Leo writes. “I feel good about my chest today. I feel proud of it. I’m reminded to give past and present self some grace. I know that healed the best that it could – that I did the best I could”.

Gender-affirming surgery doesn’t just change the way you look, it can change the entire trajectory of your life. And despite the possibility of complications, revisions, and the need for adjustments in one’s sexual expectations, most patients say they don’t regret having the surgery. And if these pictures are any indication, getting surgery is almost always worth it. Of course, as long as that’s what you really want to be happy and at ease in your body!

Related: Drago Renteria Is The Father Of Deaf Queer Activism