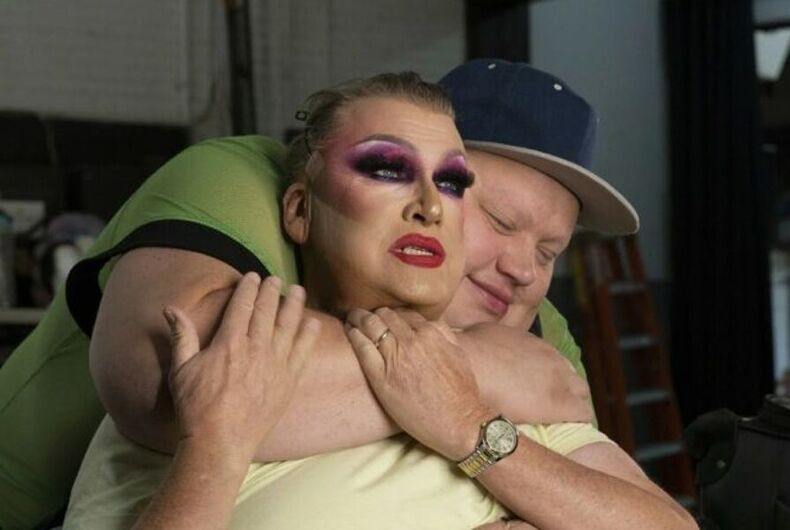 A Methodist pastor who wore drag on a reality TV show has been fired by his church.

Craig Duke was the pastor of Newburgh United Methodist Church in Evansville, Indiana appeared on an episode of HBO’s We’re Here, a show where drag queens visit small towns and put on one-night-only drag shows and give locals drag makeovers.

Duke said he wanted to support his pansexual daughter and said that being on the show was “an incredibly wonderful, refreshing, deepening, powerful spiritual experience.”

In that interview shortly after the episode aired last month, Duke said that “there is nothing that I have done in my participation that can be brought up on any formal charges.”

“When the episode is over, I go right back to my home, my neighborhood, my church, my experiences as Craig where my pronouns, my race, my sexuality, and the way I express my faith is completely accepted,” he said. “There are some that think that I’ve risked so much, and I appreciate that. I’m humbled by that. But I would say that’s not the case.”

But his church didn’t see it that way. According to a GoFundMe set up by members of the community, the episode of We’re Here led to “turmoil” and Duke was “relieved of pastoral duties.”

The GoFundMe says that Duke will continue to receive “a significantly reduced salary until no later than February 28,” and that’s why they’re asking for donations.

In an email to Queerty, Indiana United Methodist Church South and Southwest District Superintendent Mitch Gieselman said that We’re Here was cited in a letter to congregants about Duke’s dismissal.

“Craig has not ‘resigned,’ nor has he been ‘fired,’ as these are not actions that are consistent with our appointment system. While there is a diversity of opinion regarding the moral implications of Rev. Duke’s actions, he has not been found to have committed any chargeable offense or other violation of the United Methodist Book of Discipline.”

“In short, Craig has reached a place where he feels unable to continue to serve in parish ministry at present.”

The letter confirmed that Duke will be allowed to live in the parsonage until February 28, but he won’t be allowed to attend the church. It also notified parishioners that he would not be returning to his former position at the church.

Instead, the letter says Duke will undergo a “process of renewal, reflection, and recovery” that will be “monitored” by church authorities.

The United Methodist Church is deeply divided on LGBTQ equality. In 2020, some leaders ready to introduce a proposal to split the denomination on the issues of LGBTQ clergy and honoring same-sex marriages within the church, but the General Conference has been postponed several times due to the pandemic and is scheduled for August 2022.

Feds arrest man for threatening to blow up Pride parade