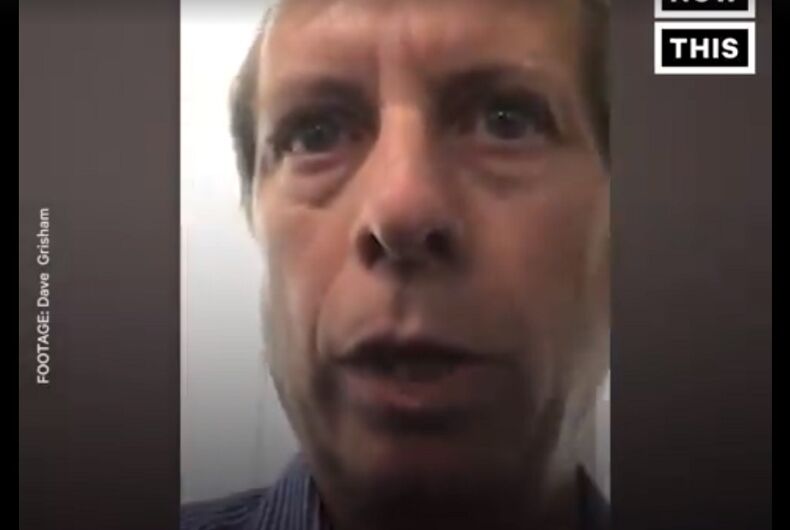 Pastor Dave Grisham of Last Frontier Evangelism filmed himself disrupting a Pride event to tell children that “transgenders” don’t exist, but he was immediately stopped.

The pastor didn’t like that idea. “So we are gonna go inside and tell the kids the truth, there’s no such thing as transgenders,” he said to his camera as he prepared to disrupt the event at the Loussac Public Library.

Of course, drag kings and queens are not necessarily transgender. But Grisham doesn’t seem like the type of person who would care to learn the difference.

As soon as he entered the room where the story reading was happening, adults told him to leave, and the drag performers led the kids in singing “The Wheels on the Bus” to drown out the pastor’s message.

He tried to get back into the room, but someone started to escort him away. Grisham claimed he had a right to speak at the event, showing that he understands the Constitution about as much as he understands LGBTQ people.

This pastor interrupted a Drag Queen Story Hour with anti-trans beliefs. The children and their parents booed him out of the building.

Two years ago, Grisham made headlines when he disrupted a Christmas event to tell kids that Santa isn’t real.