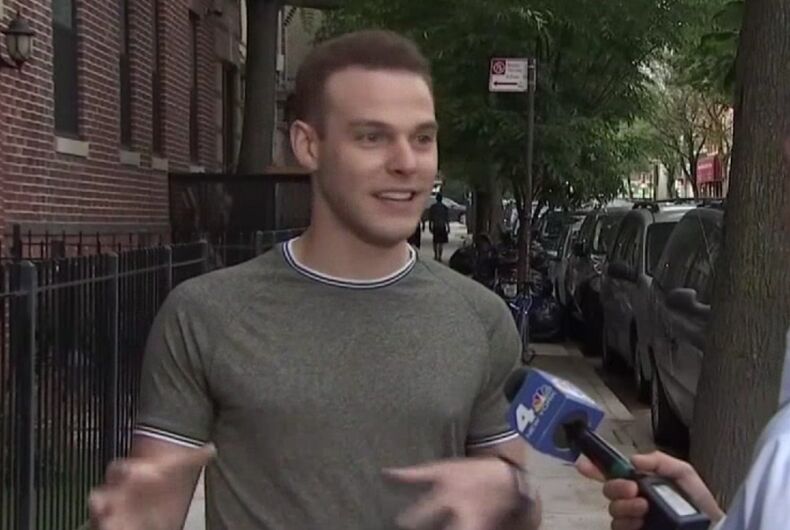 A gay man in New York City said that a cab driver told him that he doesn’t drive gay people.

Ryan Smith and a friend were taking a yellow cab from Midtown Manhattan to Brooklyn earlier this week.

The two were talking, when the driver interrupted their conversation to ask if they were gay.

Smith said that he is, and the driver responded, “I don’t drive gays.”

He said he asked the driver to pull over and got out of the cab. “My head was spinning at this point, I just wanted to get us out of the back seat of this bigot’s cab.”

Smith took a picture of the cab’s medallion number and filed a complaint with the Taxi and Limousine Commission (TLC).

The TLC has issued a statement: “This driver’s behavior, as described, was totally egregious and unacceptable, and we encourage you to report it to the TLC via 311 or NYC.GOVOnline so that we may hold him fully accountable for his actions. This is not alright…. not here in NYC, and not anywhere.”

Over this past weekend, a lesbian couple was kicked out of an Uber in New York City when the driver told them that kissing is illegal and “disrespectful.”