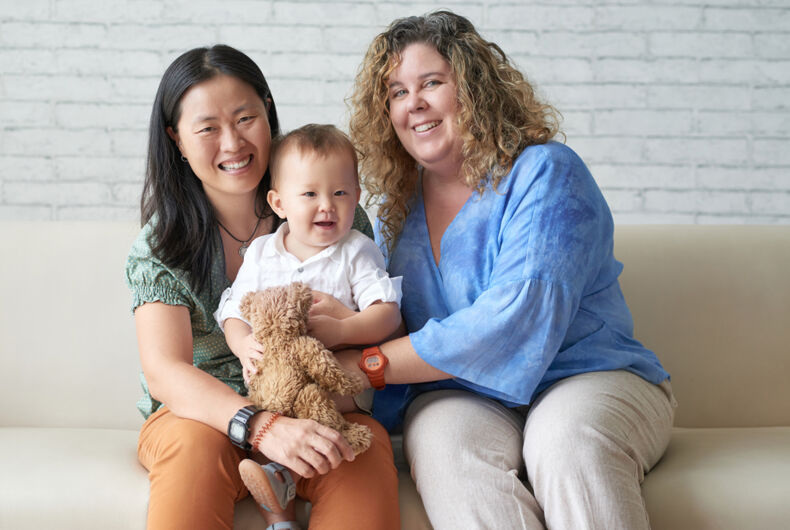 A foster agency in Tennessee is suing the Biden administration, saying that its religious freedom is being violated because they don’t want to place children with LGBTQ parents.

The Holston United Methodist Home for Children filed a lawsuit yesterday in federal court against the Department of Health and Human Services (HHS), alleging that the Department’s rules that ban discrimination on the basis of sexual orientation in foster programs that get federal money violates their rights.

“It would substantially burden Holston Home’s exercise of its religious beliefs to knowingly engage in child placing activities in connection with couples who may be romantically cohabitating but not married, or who are couples of the same biological sex,” the lawsuit states.

While Holston says that it believes it’s in the best interests of the child to be placed in a Christian home headed by a married, heterosexual couple, it doesn’t actually argue so much in the lawsuit, possibly because it knows that the facts are not on its side.

Instead, Holston’s lawsuit is only about its own rights as an organization under the First Amendment of the Constitution, as well as the Religious Freedom Restoration Act (RFRA), which is claims are being violated because it can’t deny kids homes and keep its HHS grant.

The anti-LGBTQ hate group Alliance Defending Freedom is representing Holston in this case.

LGBTQ advocates argue that allowing discrimination in foster and adoption placement puts the discriminatory beliefs of the agency ahead of the best interests of the child.

There is currently no federal legislation banning adoption or foster agencies from discriminating against LGBTQ people. The Every Child Deserves a Family Act is a bill that was introduced earlier this year in the House that would do that.

One witness who spoke in favor of the bill in a May hearing was Weston Charles Gallo, a gay man who was kicked out of his home when he was 14-years-old. He was told at the adoption agency that he would have a hard time getting adopted because of homophobia.

“When I entered foster care, I was open about my sexuality; that later became a concern in finding a placement,” he told the House Ways and Means Subcommittee on Worker and Family Support. A social worker told him that several potential families didn’t want him placed with them because they thought he would “turn the other children gay or be a predator.”

He was later placed with a family with two dads.

“Before I lived with them, I never pictured myself marrying someone or even having a family but they proved to me that anything is possible and without them in my life constantly supporting and encouraging me, I don’t know where I would be or even if I would be alive today. I finally found a home where I can live my authentic self.”