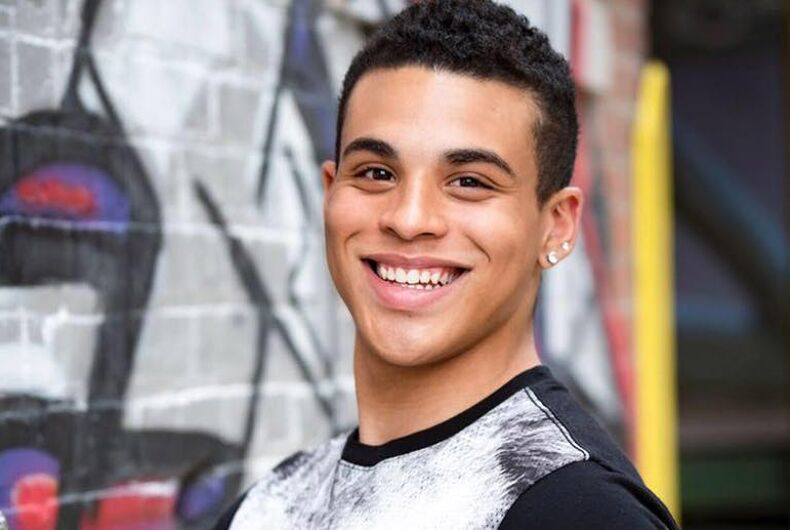 A gay man who was kicked out of his home at age 14 and adopted by two dads testified in Congress today about how important it is to stop religious foster and adoption agencies from banning same-sex couples who want to be parents.

“My father was the deacon of the church and my mom was a member of the choir,” Weston Charles-Gallo said. “I was taught that being gay doesn’t fit with worshipping God. I knew that I was gay at a really young age but because my family deemed it an abomination.”

Charles-Gallo testified before the House Ways and Means Subcommittee on Worker and Family Support to support the Every Child Deserves a Family Act (ECDFA), which would ban federally-funded adoption and foster agencies from discriminating against parents on the basis of religion, sexual orientation, gender identity, sex, or marital status, and ban anti-LGBTQ discrimination against foster youth.

The issue has become a major conflict for LGBTQ equality some states have passed laws that allow child welfare agencies to reject potential parents that don’t follow the agency’s religious beliefs. Republicans in Congress have tried to pass one such religious exemption law and the Trump administration supported efforts to allow Christian organizations to refuse to work with LGBTQ families.

The Supreme Court will decide later this year on a lawsuit filed by a Christian adoption agency that wants to reject LGBTQ parents in Philadelphia. The organization argues that religious freedom means the city cannot end its contract with them even though they don’t want to follow the city’s rules on placement.

Charles-Gallo brought another perspective to the debate, which is usually framed as a conflict between LGBTQ and religious minority parents and religious institutions. He is gay himself, and he said that as a foster child, he had trouble finding a family to live with because of homophobia.

“When I entered foster care, I was open about my sexuality; that later became a concern in finding a placement,” he said. A social worker told him that several potential families didn’t want him placed with them because they thought he would “turn the other children gay or be a predator.”

Anti-gay attitudes weren’t just thwarting his placement with a family; they were the reason he was in foster care in the first place. Charles-Gallo said that his father was abusive and that he got kicked out when he came out at age 14.

Charles-Gallo said that he felt worthless and started having suicidal thoughts as he stayed in an emergency shelter and no one wanted to adopt him.

“Before I lived with them, I never pictured myself marrying someone or even having a family but they proved to me that anything is
possible and without them in my life constantly supporting and encouraging me, I don’t know where I would be or even if I would be alive today. I finally found a home where I can live my authentic self.”

The ECDFA was introduced in both the House and Senate in 2019 but has not yet been introduced this year. The hearing today covered several issues in foster care and adoption.

“We just wanted to live”: The struggles of being Black & queer in the Civil Rights era