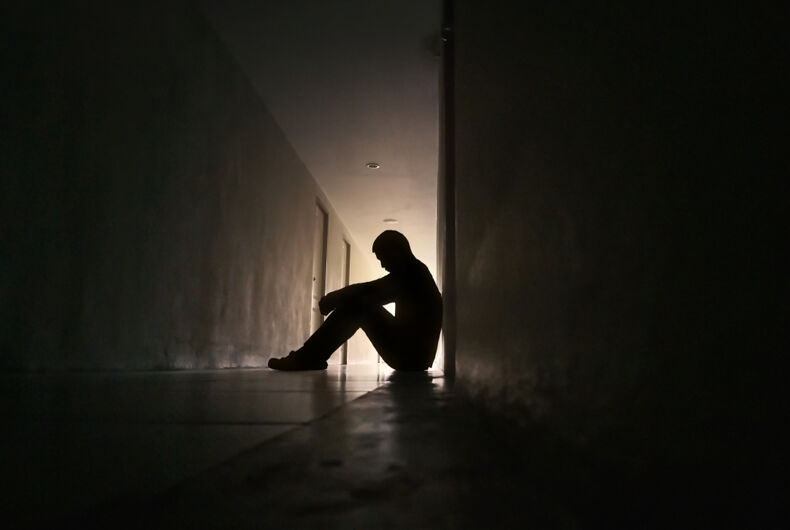 Risk of suicide for queer people extends well into adulthood, researchers at the National Institute of Mental Health (NIMH) found in a new study published in the American Journal of Preventive Medicine. The study is notable for its large sample as well as breaking down results by age and race, which is often overlooked in studies about LGBTQ health.

Using data for adults ages 18 to 64 in the U.S. the National Survey of Drug Use and Health from 2015 to 2019 – which had over 190,000 participants – the researchers were able to break down demographics not just by gender and sexual orientation, but also by race and age.

Related: LGB youth are still attempting suicides at a high rate – here’s how you can help them

Examining the data about suicidal thoughts, plans, and attempts to determine a level of suicide risk for different groups, the researchers found that lesbian, gay, and bisexual adults had between three and six times more risk for suicide than straight people, even when the data was adjusted for race, age, education, children, income, and other factors.

For queer men, 12% to 17% said that they had suicidal thoughts in the past year. Queer men were about four times more likely to say they had planned a suicide the past year compared to straight men, but that risk stayed the same across age groups.

But queer men ages 35 to 64 were at a much higher risk of attempting suicide compared to younger queer men.

For queer women, between 11% and 20%, depending on age and race, had suicidal thoughts in the previous year. Queer women were about four times as likely as straight women to say they planned or attempted a suicide in the past year. Their risk of suicide decreased somewhat with age.

The same applies to straight women: white women generally have a high risk of suicide than Black and Hispanic women. But that difference only held for Black and white women; Hispanic queer women had a risk level close to that of white queer women in the study.

Bisexual women ages 35 to 64 had a higher level of risk than lesbians in that age group.

“This study sets the stage for future work investigating the impact of social inequalities on suicide risk among people with multiple social identities,” said lead author Rajeev Ramchand in a statement. “This study demonstrates the importance of asking about sexual identity in national data collection efforts, and it highlights the pressing need for suicide prevention services that address the specific experiences and needs of lesbian, gay, and bisexual adults of different genders, ages, and race and ethnic groups.”

If you or someone you know needs help or someone to talk to, know that the Trevor Project is here 24/7, and can be reached by phone at 1-866-488-7386 or text and chat at www.thetrevorproject.org/get-help-now.