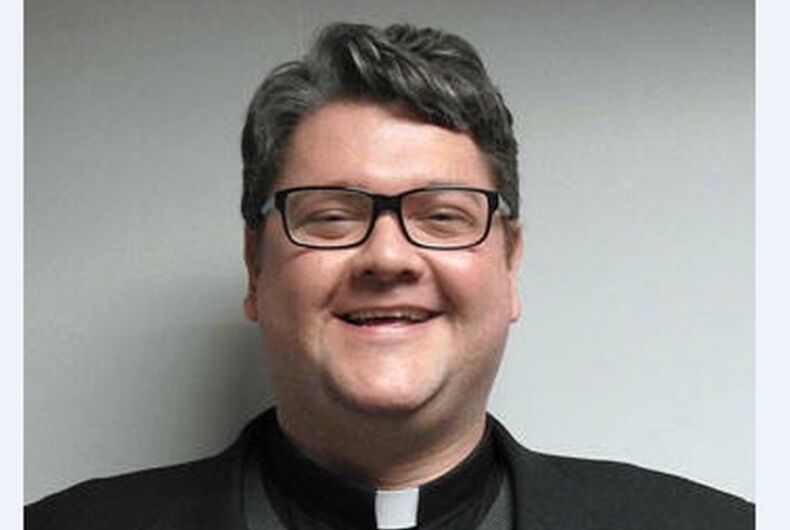 Robert McWilliams, a Catholic priest from northern Ohio, has been sentenced to life in prison for sexually abusing boys, possessing child pornography, and extorting his victims.

“Father Bobby was evil disguised as a priest,” one of the victims’ mothers told the court before sentencing.

“This defendant violated and exploited children in nearly every manner imaginable,” acting U.S. Attorney Bridget M. Brennan said. “Using his role in the Church, Mr. McWilliams violated the sacrament of confession to identify potential victims, and offered religious counseling to victims he extorted under alter egos he intentionally created to conceal his own identity.  He also used social media to target and entice young children into the exploitive world of juvenile sex trafficking, all after having already amassed a large collection of violent child pornography.”

McWilliams was convicted of posing a young girl to entice underage boys to send him naked photos of themselves. He would use the information he gleaned from hearing confessions to target his victims and would threaten to send the photos to their parents if they didn’t send more – and in some cases did send the photos.

Many of the boys would confess to the priest, not knowing he was their abuser.

“Mr. McWilliams used his position and reputation as a priest to meet and earn the trust of these children, only to betray that trust in the worst way possible for his own twisted gratification,” Special Agent in Charge Vance Callender added.

McWilliams also used Grindr to solicit sex from an underage minor. The youth and a friend repeatedly had sex with the priest for money.

“Today, with the sentencing of Robert McWilliams, let us once again, as a family of faith, offer prayers for all those impacted by his reprehensible actions and ask our loving Father to heal any and all wounds they have suffered,” the Diocese of Cleveland said in a statement after the punishment was announced.

The church didn’t accept any responsibility for the priest’s actions but instead praised police and prosecutors for catching the criminal in their midst. They also praised his fellow priests for “faithfully liv[ing] out their promises each day.”

“For its part,” they concluded, “the diocese continues to actively pursue the removal of McWilliams from the clerical state.”

Over 60 clergymen have been accused of sex crimes from the Diocese of Cleveland according to legal documents. Most involved underage boys. Only a handful were removed from public ministry.

Earlier this year, the Archdiocese of Boston determined that a priest that led parishes under their supervision had sexually abused children. An internal “court” panel has determined that as punishment, he shall be barred from public ministry for the remainder of his life, meaning he cannot wear clerical attire, participate in Mass, or function as a priest.

Instead, “He is expected to dedicate his life to praying for victims and repenting of his past offenses,” the archdiocese announced. “In this way, the Church seeks even here to prevent any future abuse and to repair the injustice that has already taken place.”

They did not turn him in to authorities.