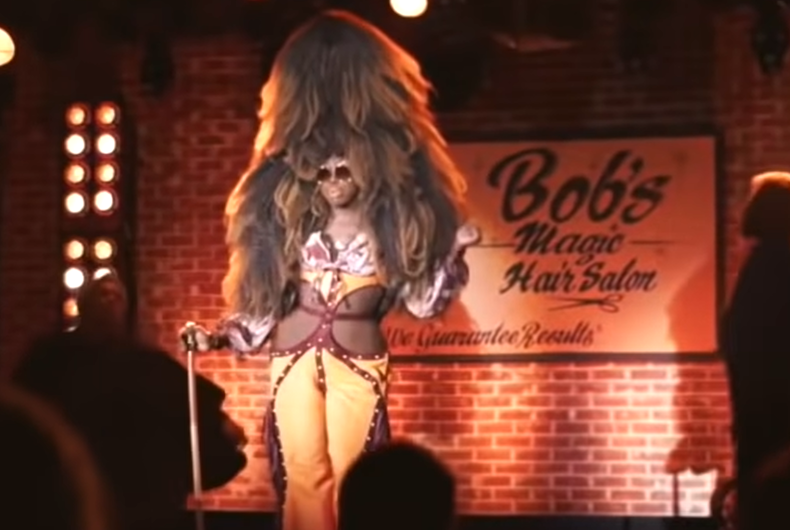 A drag queen’s wig reveal is going viral for showing just what a supportive and fierce guncle she is for her niece.

But a clip from an episode that aired earlier this month is getting a lot of attention for an amazing, family-oriented wig reveal (when a queen pulls off one wig to show something else – like another wig or fake rose petals – that was previously hidden underneath it).

In the video, Bob walks out on stage with an enormous wig on his head, big even for a drag queen. She dances a bit with the backup performers, and then falls over, wig on the floor.

Bob starts to walk off and then turns around to see the wig standing up – Bob’s middle school-aged niece was in there the entire time, and now she’s wearing the wig as a dress.

The niece/guncle pair then start dancing before Bob introduced her niece as her “real-life niece, Miss Neveah.”

Bob then posted a picture with Neveah to Instagram, writing, “I should have glued my wig down.”

We’re Here was nominated for a Primetime Emmy Award last year for Outstanding Unstructured Reality Program. The show, hosted by Bob along with fellow Drag Race alums Eureka and Shangela, is currently in its second season.

Priest gets life in prison after being convicted for sexually abusing boys. He’s still a priest.