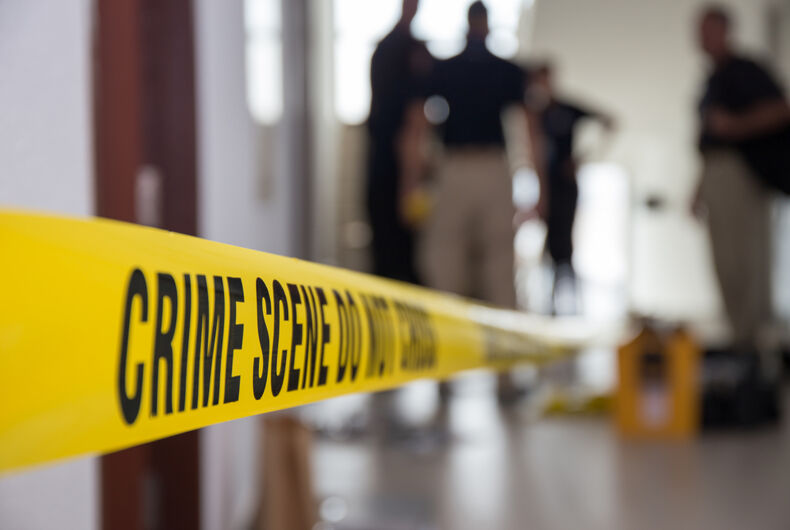 The Human Rights Campaign (HRC) has officially declared 2021 to be the deadliest year on record since the organization began tracking murders or violent deaths of transgender people. The latest victim counted by HRC is Marquiisha Lawrence, a 28-year old Black trans woman from South Carolina, who is at least the 45th victim of anti-trans violence in 2021.

Lawrence was found dead on November 4, 2021, after being shot in her home following what authorities believe was an altercation between her and at least one other individual. Like many of the other victims to anti-trans violence in America, Lawrence was deadnamed and misgendered following her death by family and media.

Related: Trans woman dies while trying to protect others in Idaho mall shooting

Lawrence was also known as “Quii” and “Queet,” and as a “very humbled, free thinker who was loved by many.” She was remembered by her trans mother Eboni Sinclaire as “a young trans woman, at the beginning of this game called life, as WE know it in the trans community.”

Instead, she “like so many who have gone before her, fell victim to a senseless murder,” Sinclaire mourned.

Despite that and Lawrence identifying as a woman on her own social media, she was still reported as a “man” and deadnamed by the office of Greenville County Coroner, Bobby Park Evans, and subsequently in reports by local media publications.

“Marquiisha was clearly loved by so many. She deserved to live, but her life was stolen from us far too soon,” Tori Cooper, the director of community engagement for the HRC’s Transgender Justice Initiative, said in a statement recognizing Lawrence’s death.

“We must commit to honoring trans lives and ending the horrific epidemic of violence that plagues our community. Marquiisha deserved nothing less than our full commitment to building a better future for trans people,” she added.

Sinclaire recalled that Lawrence last told her, “I’ve not always been the best I could be, but thank you for caring enough to still be here for me.”

“She will forever be remembered by her infectious smile and her heart of gold. Her favorite thing to do was to cook because she felt it filled the belly and fed the heart,” Sinclaire also said.

A 28-year-old Black trans woman, Marquiisha Lawrence was “a free thinker who was loved by many.”

Lawrence was fatally shot in South Carolina on Nov. 4, marking the 45th violent killing of a transgender or gender non-conforming person this year. https://t.co/Z5Ih0fRPs5

Like at least 66% of the victims that HRC tracked and counted between 2013 and November 2020 in the organization’s annual report for “Fatal Violence Against Transgender and Gender Non-Confirming People,” Lawrence was a Black trans woman.

“We are at a tragic and deeply upsetting moment: With the death of Marquiisha Lawrence, 2021 has become the deadliest year ever for transgender and gender non-conforming people,” HRC interim president Joni Madison said in a subsequent statement this week. “Each of these 45 names represents a whole person and a rich life torn from us by senseless violence, driven by bigotry and transphobia and stoked by people who hate and fear transgender people and the richness of their experience.”

Madison points to the normalization of “dehumanizing rhetoric” and the “unprecedented number of bills introduced in state legislatures attacking transgender youth and trans adults.” HRC also determined this calendar year has had the most anti-trans legislation passed or proposed in recorded American history.

“Every life has value. Marquiisha’s life had value. At this moment,” she concludes.

The National Black Justice Coalition (NBJC) also issued a statement mourning her death, with Deputy Executive Director Victoria Kirby York saying, “Our trans siblings are not safe, their needs are not being met, and we all need to come together, stand with, and fight with them.”

The National Center for Lesbian Rights (NCLR) also condemned the record level of violence, saying, “We MUST do more to #ProtectBlackTransLives.”

The Greenville County Sheriff’s Office is investigating alongside the Coroner’s Office as a homicide. People with information about the case can call the local CrimeStoppers hotline with tips at 864-232-7463.

Family held a vigil for Lawrence last weekend and released purple and white balloons in her memory.