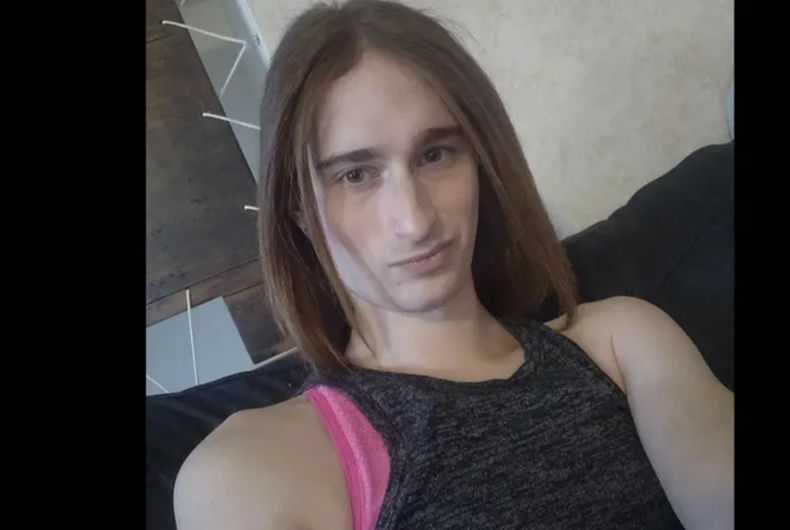 Jo Acker, a 26-year-old transgender woman, was tragically killed this week in a shooting at the Boise Towne Square mall in Idaho.

According to Acker’s family, she was working at the mall as a security guard and died a hero, rushing at the shooter to try to stop him from hurting others.

“She was confronting the suspect. She was helping people be safe and get out of the way and they shot at her,” Ray Dawn, Acker’s longtime partner, told the Idaho Statesman. “I was told she was helping people and saving them… I know she would have wanted to make everyone else safe. She would have been the first one to go down to confront somebody.”

Acker, an Army veteran, left behind a three-year-old daughter, as well as five sisters and a stepbrother, according to the Human Rights Campaign (HRC).

“On one hand I’m upset that she was selfless and put herself in danger — but on the other hand I would expect nothing less of her,” Acker’s friend, Dominique Cairistiona, told the Idaho Press. “That’s exactly her character, to do whatever she could to help as many people as she could.”

“She had this presence about her that just made you feel safe and respected,” added another friend, Shiloh Ren. “She is going to be missed by many but forgotten by none.”

Loved ones continue to bring up Acker’s big heart and say they are not surprised that she died saving others.

“Confronting someone whom she viewed to be a threat to others or a bully was entirely within her character even prior to enlisting,” her oldest sister, Tiffany Luna, told KKTV.

Acker’s family has created a GoFundMe to support Acker’s daughter.

According to HRC, Acker’s death marks at least the 42nd violent murder of a trans or gender nonconforming person this year.

The shooting resulted in five injuries and one other death, that of 49-year-old Roberto Padilla Arguelles. The shooter, identified by the Idaho Statesman as 27-year-old Jacob Bergquist, also died after a shootout with police.