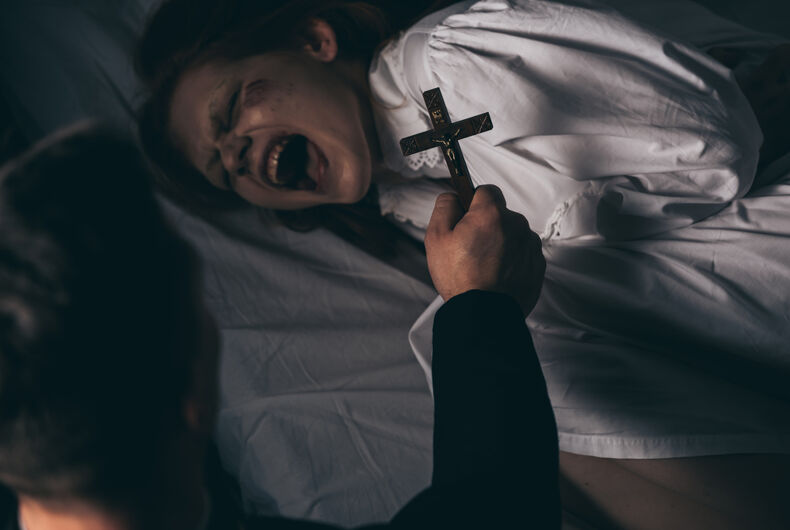 The Vatican has told a group of exorcists that they shouldn’t try to cast out COVID-19 from worshippers.

The Course on Exorcism and Prayer of Liberation conference, being held at a Vatican-owned pontifical university, gathers the world’s exorcists and after being canceled last year due to the pandemic, the attendees had plenty to discuss.

“Overwhelmingly we were asked to exorcise COVID from people who were sick,” Father Miguel Martin, a Spanish exorcist who is attending the conference, told The Daily Beast. “We were told under no circumstance should we perform the rite on a COVID patient.”

Organizers say the pandemic has them in bigger demand than ever before too.

“There are many cases of those who could not be seen due to the restrictions for COVID and who are now turning to us,” Father Cesare Truqui said, citing the coronavirus lockdowns that kept worshippers from mass.

Exorcism is a ritual for removing evil spirits from a person or a place and requires permission from a bishop to perform. The Catechism of the Catholic Church states that: “Jesus performed exorcisms and from him the Church has received the power and office of exorcizing.”

The church employs hundreds of priests “trained” in demonic possession.

Earlier this year, a Catholic church in Wisconsin parted ways with a priest who conducted exorcisms aimed at rooting out supposed election fraud in the 2020 presidential elections that he believed was responsible for President Joe Biden’s win.

“I think it’s amply clear, there’s enough evidence to demonstrate that there was fraud in some places, and people had to commit that fraud, it didn’t happen by itself. It seems to have been well-organized. I am deeply concerned that anyone involved in this has put their soul in terrible mortal peril,” he said in a recording that was put on YouTube.

Zuhlsdorf claimed he was the victim of a demonic “Catholic Antifa.”