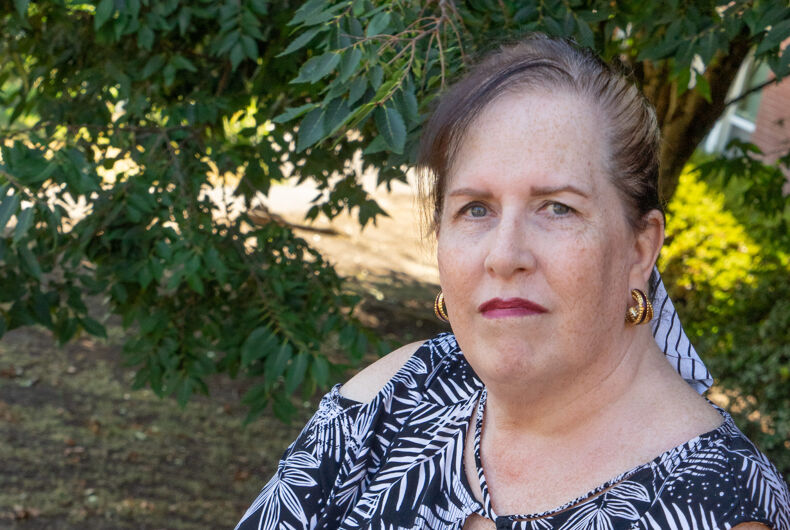 Jenn Burleton’s nomination to become LGBTQ Nation’s Hometown Hero of the Year stood out to our editorial team for many reasons.

To start, she was nominated twice.

Related: Here are the winners of LGBTQ Nation Heroes 2021

What’s more, one of her nominators was a 12-year-old trans girl, who wrote that Burleton—who runs an organization that supports trans youth and their families—helped change her life.

“Jenn is my role model,” the young girl said. “She inspires me to be a better person and also to be an advocate for transgender rights. She has given me opportunities to speak at conferences which helps me develop my leadership and advocacy skills and to feel better about myself.”

Burleton currently runs the Oregon-based Transactive Gender Project, which provides professional development education, legal advocacy for families with trans children, as well as direct support to trans children and their families through support groups, which are available to children as young as four.

The organization is part of the Lewis and Clark Graduate School of Education and Counseling. Since its inception, Burleton and the Transactive team have helped gender-affirming parents fight to maintain custody of their children; trained school counselors, judges, legislators, and others on trans-affirming practices; and provided a safe space for youth to explore who they are.

While the Transactive Gender Project has only existed in its current form since 2019, Burleton has worked with trans youth for almost fifteen years. In 2007, she founded Transactive Education and Advocacy to provide resources to trans youth, along with their parents, teachers, and other adults in their lives.

According to Burleton, it was the only grassroots nonprofit in the country at the time that focused exclusively on trans youth.

She founded the organization because she  didn’t want any more trans youth to go through it all alone, the way she had to when she was young.

Burleton always knew she was transgender, but growing up in the 1960s, there were virtually no resources available to help her.

“As a five- or six-year-old, I was like, I think I just figured out something really really important—and it doesn’t seem like anybody wants to hear about it,” she said.

In the mid-2000s, she became involved in organizations serving trans adults. Through this work, she was shocked to discover that decades after her own childhood, almost nothing had changed for trans youth.

Despite breaking barriers to serve trans youth, Burleton said that there was very little backlash when the organization first launched.

“Because there was virtually no awareness, no national conversation, and no national opinion about the existence of transgender children, there was very little pushback. Mostly there was just stunned silence, [and people saying,] ‘You’re telling me there are four-year-olds who are trans?’… And they’re in my school?”

The misinformation campaigns attacking trans youth today did not exist.

That has changed, and state legislatures across the country have become relentless in their efforts to limit the rights of young trans people. This has made Burleton’s work more relevant than ever, especially as an increasing number of trans youth are coming out and seeking support.

As demand for their services continued to grow, Transactive Education and Advocacy needed more financial support. So Burleton worked with Lewis and Clark College to have the organization absorbed into their graduate school.

Now she is able to continue her groundbreaking work. For her grit, determination, and unending support of some of the nation’s most vulnerable youth, Burleton is LGBTQ Nation’s Hometown Hero of the Year.

“Like many people, I have imposter syndrome,” she continued, “and so there’s always the sense that someday everybody’s going to wake up and realize I’ve just been improvising this for the last 16 years… and for there to be enough other people out there that think I’m improvising really well is just incredibly humbling.”

Burleton says that the fight for trans rights will continue to be a tough road. Nevertheless, she remains optimistic about the future.

“I think we win that battle,” she said. “I think people are going to suffer, but I think we win. I see a future in which we continue to see more trans and gender diverse kids become visible and to see more families supporting their kids.”

“I see a future that is getting queerer and queerer, and my job is to make sure that we don’t forget that there are kids that need our support and need to be affirmed at the earliest possible point at which they start expressing who they are.”