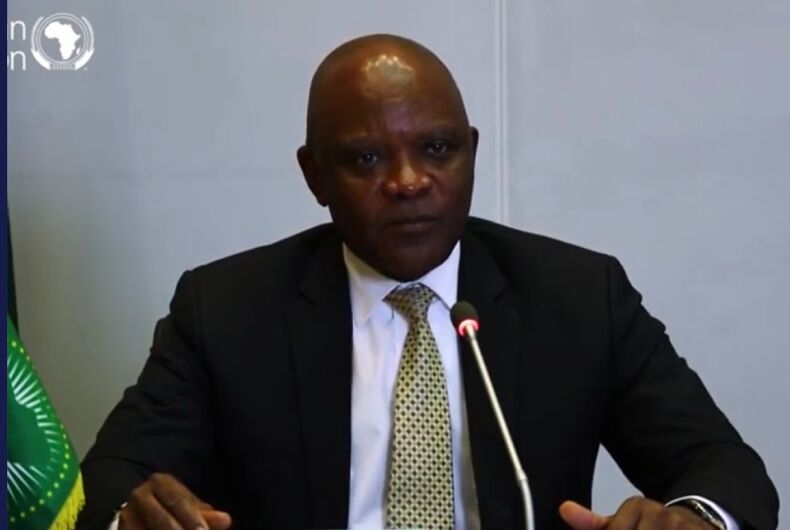 President Joe Biden has announced his planned nominee for Ambassador-At-Large and Coordinator of United States Government Activities to Combat HIV/AIDS Globally. The Ambassadorship is a Senate-confirmed State Department position who leads and manages the President’s Emergency Plan for AIDS Relief (PEPFAR). The titleholder is generally referred to as the Global AIDS Coordinator.

Biden will nominate Dr. John N. Nkengasong, the current Director of the Africa Centres for Disease Control and Prevention, to the position, the White House announced on September 27.

Nkengasong was born in Cameroon and studied at the University of Yaoundé in the nation’s capital before moving on to graduate from the Institute of Tropical Medicine and the University of Brussels, both in Belgium. He studied and defined several HIV subtypes in Africa for his doctoral thesis, something unprecedented at the time. He also studied at Harvard’s John F. Kennedy School of Government for management.

Nkengasong worked for the U.S. Center for Disease Control and Prevention (CDC) from 1994 to 2016, where he served as the acting deputy director at the Center for Global Health and Chief of Virology. He created the African Society for Laboratory Medicine (ASLM) organization based in Ethiopia while working there. He was also previously the Co-Chair of the Laboratory Technical Working Group under PEPFAR, giving him experience directly with the effort he’s being tapped to oversee.

He was made the inaugural director of the Africa Centres for Disease Control and Prevention, an agency chartered by the African Union, in August 2016. When the pandemic began, he was appointed as a special envoy to the World Health Organization on COVID-19 Preparedness and Response.

The White House said that if Nkengasong is confirmed, he will be the first African originating person to manage the largest HIV/AIDS prevention effort across the world, with significant repercussions in parts of Africa.

Dr. Penninah Iutung, the Africa Bureau Chief for the AIDS Healthcare Foundation (AHF), said in a statement, “We believe Dr. Nkengasong is well suited to lead PEPFAR because his tireless efforts in fighting COVID-19 as the head of ACDC are widely praised across Africa.” The statement cited his experience as a virologist and previous work on PEPFAR and COVID-19.

““To date, PEPFAR has saved millions of lives, most of them across Africa, and during the ongoing pandemic it is also providing indispensable COVID-19 relief. With Dr. Nkengasong at the helm, PEPFAR will continue its legacy of lifesaving humanitarian work funded by the generosity of the American people,” Iutung said.

The Ambassador leads the Office of the U.S. Global AIDS Coordinator and Health Diplomacy (OGAC) and reports directly to the Secretary of State, who is currently Secretary Antony Blinken.

The position is currently held on an acting basis by Principal Deputy coordinator Dr. Angeli Achrekar. It was held from 2014 until January — under both President Obama’s and Trump’s administrations — by Dr. Deborah Birx, who also doubled as the Coronavirus Response Coordinator for the White House under Trump.

Birx was criticized for allowing hospitals bypass the CDC and report data to Department of Health and Human Services (HHS) instead. She also criticized the Trump administration’s failure to encourage mask wearing as much as possible, and said in March that they could have prevented hundreds of deaths if they did so.

PEPFAR is the President’s organized initiative toward ending the HIV/AIDS epidemic, first started by President George W. Bush in 2003.

Biden’s budget for Fiscal Year 2022 allocated an additional $267 million to the “Ending the HIV Epidemic” program, which was its first increase — and by nearly 40 percent of what the Trump administration set for the program — since it started in 2019.

Biden’s proposed PEPFAR plan would go toward funding government initiatives that “aggressively reduce new HIV cases” with tactics such as “increasing access to treatment, expanding the use of preexposure prophylaxis (PrEP), and ensuring equitable access to services free from stigma and discrimination.”

“Despite the progress we’ve made, our work is not yet finished. In honor of all those we have lost and all those living with the virus – and the selfless caregivers, advocates, and loved ones who have helped carry the burden of this crisis – we must rededicate ourselves to reducing HIV infections and AIDS-related deaths,” Biden said in June, when he issued a statement recognizing the 40th anniversary of the first known AIDS-related deaths.

“We must continue empowering researchers, scientists, and health care providers to ensure equitable access to prevention, care, and treatment in every community – particularly for communities of color and the LGBTQ+ community,” he added.

To lead these efforts, President Biden named Dr. Harold Phillips as director of the White House’s Office of National AIDS Policy, the first appointment to the office since the Obama administration.