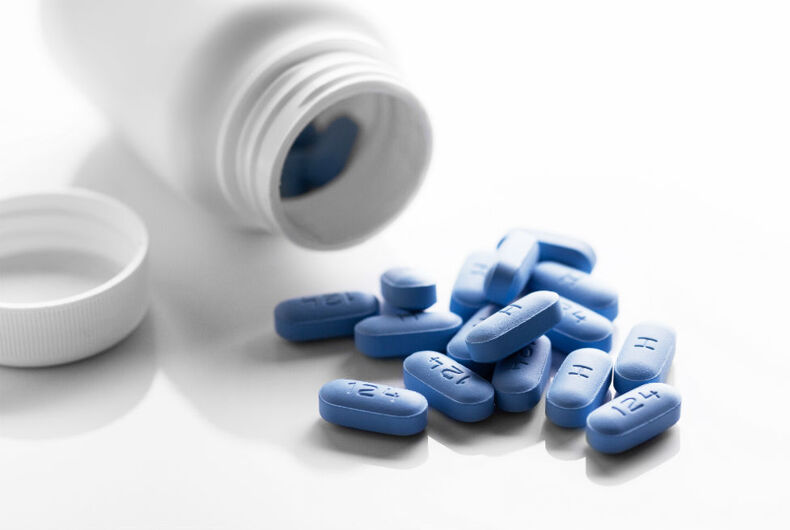 The Department of Labor has announced new guidance that will instruct insurance companies to cover the entire cost of prescribing pre-exposure prophylaxis (PrEP) without charging the recipients of the prescription who are insured.

Within the next 60 days, insurance companies will have to make sure that they include PrEP in a class of preventative drugs that they can’t charge a co-pay, deductible, or other cost-sharing charges for. Otherwise, they’ll be out of accordance with the Biden administration’s interpretation of federal law.

Related: People living with HIV have about the same early death rate as everyone else, study finds

The Affordable Care Act of 2010 passed under the Obama-Biden administration, in part, updating the Public Health Service Act to require healthcare plans and insurers to cover the cost of certain preventative services.

In 2019, the United States Preventive Services Task Force (USPSTF), an independent agency under the Department of Health and Human Services (HHS), decided that prescribing PrEP to people that are at high risk of contracting HIV should be considered such a service. Yet, it wasn’t until Biden took office in January that this policy decision was implemented.

In a document issued on July 19 regarding the implementation of Affordable Care Act regulations, the Department of Labor responded to questions regarding the policy change. They clearly stated that the costs of PrEP should be covered in accordance with law.

“Plans and issuers are also required to cover without cost sharing office visits associated with each recommended preventive service applicable to the participant, beneficiary, or enrollee when the service is not billed separately,” the Department said, meaning that office visits or tests done with the purpose of renewing PrEP prescriptions must be covered by the insurance company too.

The Department states that CDC guidelines “advise that PrEP is a comprehensive intervention comprised of antiretroviral medication and essential support services… that ensure PrEP is administered safely and effectively to persons who need it.”

The guidance also stated that the insurer can’t restrict the services needed for people receiving PrEP for any reason that’s not “medically appropriate.”

Several states had previously implemented such policies into their state healthcare regulations, and by September, all medical insurance providers across the United States must do the same.

Today the federal government advised health insurance companies that they must cover pre-exposure prophylaxis (PrEP) against HIV with no cost sharing. That means that people on PrEP are not required to pay any copays or deductibles for the medication, labs, or office visits.

Note that if you want to contact your insurance company if they are not complying with this new guidance from the federal government (they have 60 days from July 19 to comply), here is the actual guidance: https://t.co/hOEqI5g8Ex

Carl Schmid, the executive director of the HIV + Hepatitis Policy Institute, said in a statement, “We are pleased that the federal government has issued this long-awaited guidance to insurers that will reduce barriers to PrEP and help prevent further HIV infections while advancing efforts to end HIV in the United States.”

The Institute had continuously tracked whether insurers were recognizing PrEP as a cost-covered preventative service drug since the USPSTF’s decision in 2019.

“It seems that insurers responded to our earlier analysis,” Schmid stated. “However, now we must ensure all are fully complying with their legal requirements, including those spelled out in the new guidance, and federal and state regulators enforce them.”

While @HIVHep is pleased that new federal guidance reminds private insurers of their #ACA obligation to cover #PrEP w/o #patient cost-sharing, it continues to check plans & the need for “transparency in how insurers display coverage of preventive #Rx ”: https://t.co/9r4RVzmlvw. pic.twitter.com/QOVnA60Jbz

The regulations announced note that the guidance does not specify which version of PrEP is provided by medical insurers, which means any brand of the drug are included under the rule.

That includes current brand-name versions of PrEP include Descovy and Truvada, but insurance providers can choose to offer potentially cheaper generic versions under their coverage as well, and still have cost-sharing for non-generic brands or one specific brand.

Plans may select what type of products are covered, e.g. covering a generic version of PrEP without cost sharing while imposing cost sharing on a particular brand.

The new guidance serves as a major step forward in making PrEP widely available to people and further combating the HIV/AIDS epidemic.

The rule change, however, does not change rules on uninsured people’s access to PrEP. They can still be charged or denied coverage for the drug if they are unable to pay.

This decision comes after medical and pharmaceutical companies like Gilead have begun to pull out of reimbursement agreements with non-profits and HIV prevention clinics.

That means several medical providers that currently prescribe PrEP and cover costs for uninsured or low-income people may be unable to do so in the immediate future because they can’t pick up the tab any longer. Analysis shows this might disproportionately affect access to PrEP and President Joe Biden’s efforts to curb the HIV epidemic by 2025.

Trans woman Taya Ashton killed in her own apartment

Top US priest busted looking for gay hook-ups. He ran an anti-LGBTQ group.