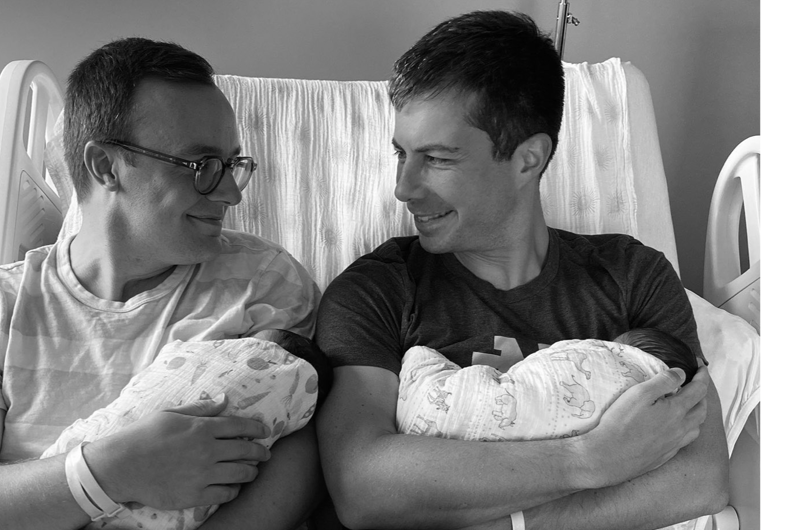 The Kootenai County GOP in Idaho has endorsed David J. Reilly for a school board candidate position in the city of Post Falls. Despite pledging not to send his daughter to the school district or any public school, he says he’ll “do all in my power to make sure Kootenai County remains a place where families can raise Godly, conservative, patriotic children.”

The GOP’s endorsement comes despite the fact that Reilly has made several anti-Semitic and homophobic remarks, both on social media and as a writer and digital content creator. That includes his claim that out Transportation Secretary Pete Buttigieg and his husband, Chasten, are “planning to start dabbling in human trafficking” because they sought to become parents.

Reilly made the statement in a 2020 tweet sharing an article by LGBTQ Nation in 2019 that reported the couple’s intent to become parents. Now, they are.

For years, anti-LGBTQ people and Republicans shamelessly attacked the couple for not having children before. Now that they are parents, many of those same people have wasted no time attacking the couple for being parents.

Reilly has since deleted his tweet, but that and many of his other controversial statements have been archived from the platform or documented elsewhere.

Reilly hosted a radio show for WHLM, a network which his family owns, in Pennsylvania. He claims he had to resign after he reported from the “Unite the Right” rally in Charlottesville, Virginia in 2017. Heather Heyer was a victim of the violence that occurred there, but Reilly still shared and promoted the rhetoric of white supremacists and the far right there.

Since then, Reilly has worked as an editor for E. Michael Jones, the publisher of Culture Wars magazine and “a deeply antisemitic and homophobic self-styled theologian who blames Jews for the murder of Jesus Christ,” according to the white supremacy tracking blog Angry White Men.

He’s also amplified and believes in the “Great Replacement” theory, a claim that billionaire and Democratic donor George Soros is out to ‘replace’ white, God-fearing people in America with non-white people.

He also wrote, “the Catholic Church has been infiltrated by homosexuals, Jews, and bad leadership,” but that’s okay because “the Catholic faith is too old and too deeply internalized and too minutely codified to be co-opted by the evil intentions of social engineers or even the whims of a bad pope (of which there have been many).”

In some of his other tweets, “white privilege” is a thing, because Jews pretend to be white when it’s expediant for them.

Although many of his past statements are being removed, Reilly continues to share anti-LGBTQ rhetoric. In his questionnaire with the Kootenai County GOP, which they published in their announcement of his endorsement, Reilly said “We have all seen the headlines about transgender child grooming, the implementation of Critical Race Theory, and the adoption of a race-based ‘equity framework’ in Coeur d’Alene,” referring to a neighboring city encompassed by Kootenai County.

Reilly claims such “grooming” and other “divisive, destructive and, frankly, delusional ‘frameworks,’ policies and curricula” will not take place under his watch.

He also defined himself as a social conservative because he believes in Catholic teachings that “Marriage is between one man and one woman,” “It is impossible to change the sex that God assigned a person at the moment of conception,” and “Homosexual acts are intrinsically immoral, and while the people who commit such acts may be tolerated, the acts and the lifestyle should not be promoted.”

Other policies he stands for is banning mask or vaccine mandates in school, ending Common Core and so-called “Critical Race Theory.”

When asked if he had a criminal record, Reilly answered specifically that he had “no felonies” on his record. He did not disclose a 2012 misdemeanor disorderly conduct charge against him in Columbia County, Pennsylvania, which was later reported by the Coeur d’Alene Press.

Reilly pleaded guilty and served 12 months on probation. He’s the only candidate with a criminal charge on his record in the race.

In August, the couple announced that they had become fathers, and a few weeks later they welcomed newborns Penelope Rose and Joseph August into their family and shared a black and white photo of them holding the two.

They earned congratulations from all over the world, but that unsurprisingly did not stop the political attacks that have come since.