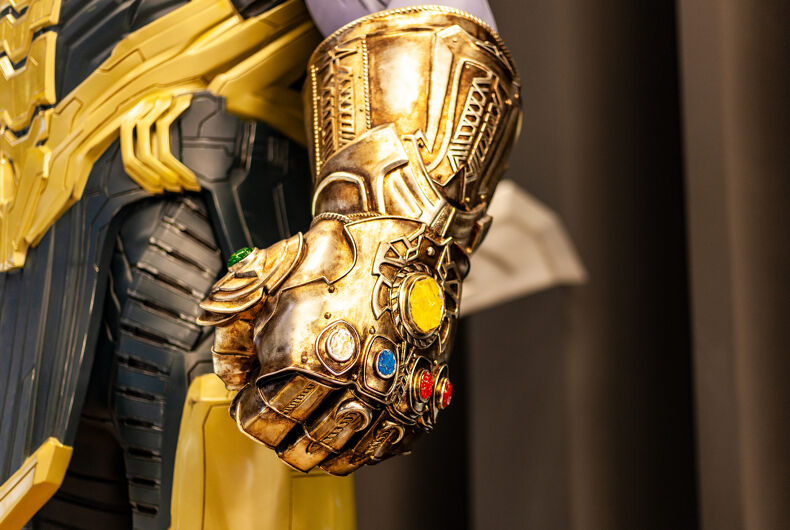 When it comes to movies, blockbuster and Marvel are virtually synonymous. Captain America, Black Panther, Spider-Man, the Avengers — the list of movies centered around these cultural icons is almost endless, as are the profits they generate.

But the Marvel Cinematic Universe (MCU) is also associated with another cultural icon, one not nearly as heroic: Donald Trump. Isaac Perlmutter, the former CEO of Marvel Entertainment and chair emeritus of its Board, has been one of Trump’s core advisors for years. Now, in an almost inevitable twist, Perlmutter has been accused by House Democrats of breaking the law.

Related: Shang-Chi star Simu Liu said pedophilia is “no different from being gay”

Perlmutter was one of the three Trump cronies who were apparently calling the shots at the Department of Veteran Affairs (VA). A 2018 ProPublica investigation found that Perlmutter, along with physician Bruce Moskowitz and attorney Marc Sherman, “leaned on VA officials and steered policies affecting millions of Americans,” despite having no official role in government.

Their primary credential was that they were among Trump’s Mar-a-Lago pals. ProPublica dubbed the trio “the shadow rulers of the VA.”

“The Mar-a-Lago Crowd bombarded VA officials with demands, many of them inapt or unhelpful,” ProPublica reported. “On phone calls with VA officials, Perlmutter would bark at them to move faster, having no patience for bureaucratic explanations about why something has to be done a certain way or take a certain amount of time, former officials said.”

Until ProPublica reported on the trio’s involvement, it was publicly unknown. That’s where the legal issue comes in.

“The Federal Advisory Committee Act (FACA) requires that groups advising the executive branch operate with transparency and a balanced approach,” Maloney and Takano said. “The Mar-a-Lago Trio refused to comply with this law and, with the knowledge of Jared Kushner, Ivanka Trump (using a personal email account), and other top White House advisors, hid their efforts to influence VA policies from public view.”

Maloney and Takano also allege that the trio tried to steer a consulting contract to the former president of a private foundation ran by Moscowitz.

Perlmutter, Moscowitz and Sherman are denying the allegations. In a statement to CNBC, the three said they were acting in the best interest of veterans.

“From the well-chronicled wait time issues to quality of care concerns, there had been numerous setbacks in providing our veterans with the level of care they deserve,” the statement said. “That is why, when the President and the senior leadership at the VA asked for our help, we gladly volunteered our time to do so.”

None of this seems to have had any affect on Marvel’s fortunes or reputation, but Perlmutter has long been known for eccentric behavior. He prides himself on never being photographed and reportedly showed up at the premiere for the 2008 film Iron Man, which was Marvel’s cinematic breakthrough, in glasses and a false mustache. He also allegedly said no one would notice that Don Cheadle had replaced Terrence Howard in future Iron Man and MCU films (as character Col. James Rhodes) because black people “look the same.”

Under normal circumstances, that kind of behavior would normally lead to all kinds of condemnations. But in Hollywood, success is the only measure of morality — and Perlmutter had been amazingly successful. He rescued Marvel in the 1990s and turned it into a massive hit machine. That apparently sanctifies everything else.

Still, in 2015, management of the MCU transferred over to Disney, years after it had been acquired by the company in 2009.

It also probably helps that Disney and the studio itself now tilts a lot more progressive than Trumpist. When Georgia lawmakers were flirting with an anti-LGBTQ law in 2016, Marvel threatened not to film in the state.

Still, next time you go to the movies for a Marvel blockbuster, just remember: the man behind the empire is a lot less heroic than the actors on the screen.