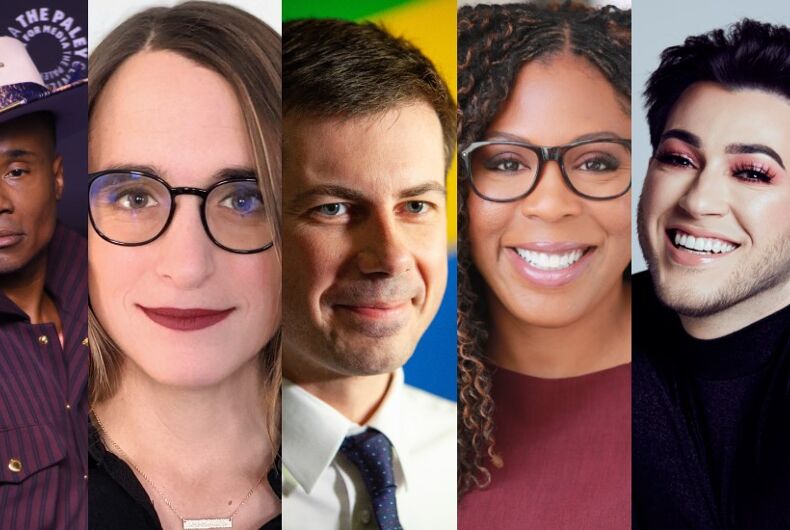 LGBTQ Nation Heroes 2021 opens today for voting. This is LGBTQ Nation’s annual program to focus on the good work people are doing, to inspire ourselves and our readers to do better, to draw attention to work that still needs to be done. It is our way to honor people who are doing good so that we could all try to do better.

Our editorial team put together a line up of 40 people who we consider heroes from the past year across eight categories. The nominees are LGBTQ people or close allies who have done heroic work in a variety of fields and highlight what it means to be on the right side of history.

You can vote for your heroes every day this month, once per device, until September 30.

This past year has been hard for LGBTQ people. The previous administration attacked LGBTQ rights and protections several times on their way out of office. State lawmakers across the country tried – and some even succeeded – to restrict the freedoms and health care access of trans youth, who are some of the most vulnerable in the community.

Democracy itself has been put in danger with voting restrictions, the continued recruitment of proto-fascists, and even a violent insurrection on the Capitol to stop the election process. And on top of all of this, we have had to deal with yet another global pandemic that disproportionately hurt LGBTQ people.

Despite being on the receiving end of aggression and callousness, we are – as we always were – surrounded by heroes. Heroes who want to make the world a better place for people like us. Heroes who use their power or their platforms to educate and influence. Heroes who help others around them in their communities. Heroes who decide to take a stand for people who can’t stand up for themselves just yet.

We then created four categories that speak to the events of the last 12 months: Hero Keeping us Healthy, for people who worked on the coronavirus pandemic, HIV/AIDS advances, access to gender-affirming care, and other forms of health; Hero Defending the Children, for the heroes who fought back against the onslaught of hateful legislation targeting trans youth; Hero Defending Democracy, for those who worked to uphold the ideals of representative government in the face of repeated attacks; and Hero Rebuilding America, for people who have been working to rebuild LGBTQ rights and protections after four years of rollbacks.

Readers can vote for who they think best represented what it is to be a hero in each category once each day, starting today and going through September 30. One vote is allowed per device per day. Winners will be announced shortly after voting is closed, along with our picks from the Hometown Hero nominees you all submitted in August.

Take a chance to read the nominees’ stories. We will be publishing longer descriptions of their work throughout the day, telling positive stories that give hope.

We want your informed and discerning opinion on who is making the world a better place and inspiring you.

Vote now for LGBTQ Nation Hero of the Year