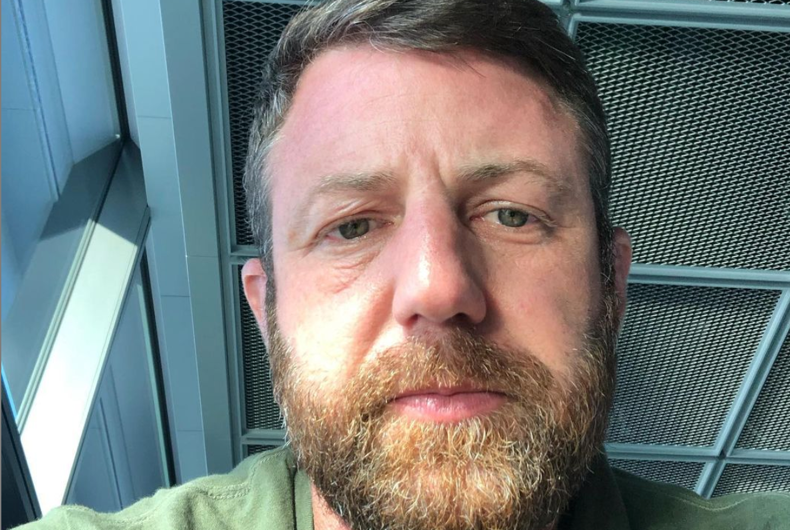 Rep. Markwayne Mullin (R-OK) ignored repeated warnings from government officials to conduct his bizarre “rescue mission” and was refused entry to Tajikistan. Mullin demanded an exception to laws limiting the amount of cash that can be brought into the country.

Related: Tucker Carlson works himself into a rage because he doesn’t know what “bisexual” means

Mullin planned to use the “huge amount of cash” to hire a helicopter to take him to Afghanistan so he could rescue an American woman and her four children who were stuck in the country.

It was the Republican’s second attempt to smuggle himself into Afghanistan. He traveled to Greece last week and requested permission to visit Kabul to monitor the pullout of American troops. The Department of Defense denied his request.

Authorities are reportedly alarmed at the lengths Mullin has gone to circumvent the Pentagon, White House, and congressional leaders from both parties.

“To say this is extremely dangerous is a massive understatement,” a State Department employee told the Washington Post.

Mullin’s office told reporters that the congressman was “currently completely safe” after he went off the grid and officials said they had no idea where he’d gone after the ambassador to Tajikistan declined to help him smuggle cash into the country.

But Mullin posted a photo of himself on Instagram to say he isn’t missing, he was just playing spy games.

“Have we been helping get Americans out of Afghanistan, yes,” he wrote. “Is the mission continuing, yes. Am I missing, no. Did I go dark for a little, yes because it wasn’t safe to be communicating. Am I extremely disappointed in how we (United States) left Americans behind… that would be an understatement.”

Mullin introduced legislation last year that would ban transgender girls and women from participating in sports as their gender with former Democrat Congressmember Tulsi Gabbard co-sponsoring. The bill didn’t go anywhere in the Democratic House.

Gabbard ran in the 2020 Democratic presidential primary and faced criticism for her past as an anti-LGBTQ activist, where she referred to pro-marriage equality advocates as “homosexual extremists.”

Their bill would have amended Title IX of the Education Amendment of 1972 to make it illegal for sports programs “to permit a person whose biological sex is male to participate in an athletic program or activity that is designated for women or girls.”

The bill did not define “biological sex” or say how it would be determined, whether by DNA tests, genital exams, or other possible measures, leaving it up to state and local sports governing bodies to develop their own systems to ensure that they are in compliance with federal legislation.