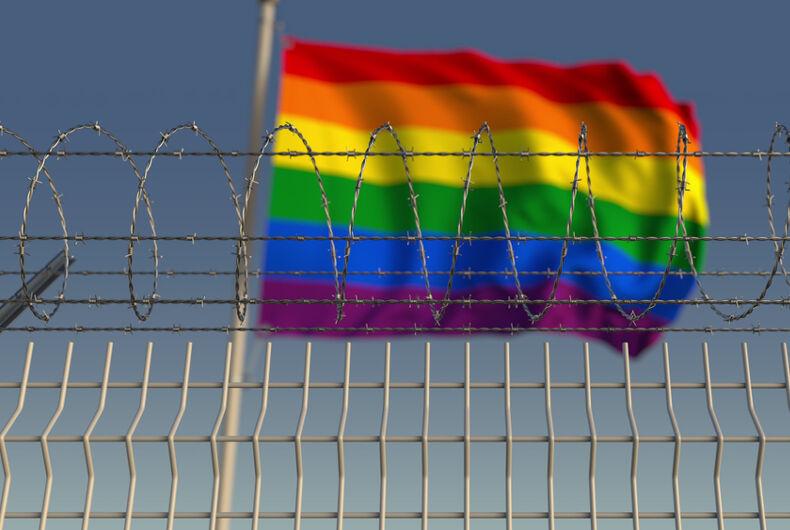 Former Texas Solicitor General Jonathan Mitchell, who played a key role in writing the new Texas ban on abortions after the sixth week of pregnancy, argued in a Supreme Court brief that the decisions that legalized same-sex relations and same-sex marriages in all 50 states should both be overturned along with Roe v. Wade, the historic Supreme Court decision that recognized the right to abortion.

The Supreme Court is set to hear a case on a Mississippi abortion ban that violates Roe by banning many early abortions, and Mitchell wrote a brief on behalf of the rightwing organization Texas Right to Life to support the abortion ban.

In his brief, he argued that women don’t need a right to abortion to have full control of their bodies. Instead, he said that they “can do so by refraining from sexual intercourse.”

By overturning Roe, Michell argued, an individual “can simply change their behavior… if she no longer wants to take the risk of an unwanted pregnancy.”

In one section of the brief, Mitchell acknowledged that overturning Roe would put other decisions in jeopardy, including Lawrence v. Texas – the 2003 decision that banned states from criminalizing private, consensual gay sex – and Obergefell v. Hodges – the 2015 decision that legalized marriage equality in all 50 states.

Saying that the landmark LGBTQ victories “have no basis in constitutional text or historical practice,” Mitchell said that those cases “preserve the court-invented rights to homosexual behavior and same-sex marriage.”

“Those ‘rights,'” he wrote, using scarequotes every time he used the word “rights” in reference to LGBTQ people, “are judicial concoctions.”

“This is not to say that the Court should announce the overruling of Lawrence and Obergefell if it decides to overrule Roe and Casey in this case,” Mitchell concluded. “But neither should the Court hesitate to write an opinion that leaves those decisions hanging by a thread.”

“Lawrence and Obergefell, while far less hazardous to human life, are as lawless as Roe.”

The Supreme Court’s emboldened conservative majority allowed Texas’s S.B. 8 – which bans abortion after the sixth week of pregnancy, well before many people even know they’re pregnant and in clear violation of the 24-week cutoff for the right to an abortion established by Roe – to go into effect earlier this month.

S.B. 8 allows private citizens to sue for a $10,000 bounty if they suspect someone helped in the procurement of an abortion after the sixth week of pregnancy, and Mitchell, a former clerk of the late Justice Antonin Scalia, has gotten attention in the media because he helped write the law.

Mitchell’s law firm has accepted payment from the anti-LGBTQ hate group Alliance Defending Freedom (ADF) in the past, but Mitchell has been unwilling to discuss the nature of that work.

Six Supreme Court justices are conservative, and several have expressed support for overturning key LGBTQ victories like Obergefell in the recent past.