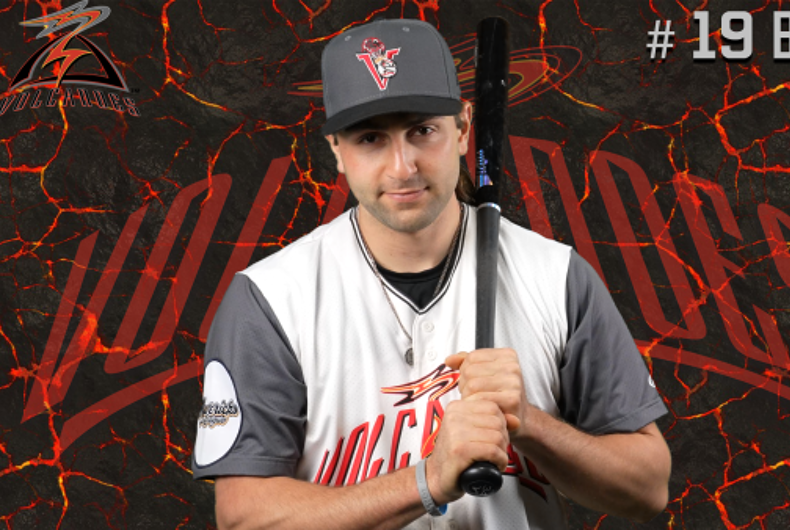 Bryan Ruby of the Salem-Keizer Volcanoes just came out as gay in a ground-breaking interview, making him the only active pro baseball player to ever come out. He is also a country musician.

“I kept thinking about the little 14-year-old me, who was scared because I’m a baseball player who loved country music,” Ruby told USA TODAY Sports. “Those are worlds where people like me are told they can’t belong.”

The Volcanoes is a minor league team based in Keizer, Oregon, and Ruby acknowledged that he’s “not a hot-shot prospect.” But he wanted to come out to make it easier for other professional athletes in the future.

“I want to help create a world where future generations of baseball players don’t have to sacrifice authenticity or who they really are to play the game they love.”

Ruby said that it was “a struggle” to be closeted for the last decade.

Ruby came out to his mother Lauren Ruby when he was 21. She said that she was “shocked” and that he “did a really good job of hiding it.”

“The male sports world can be very homophobic with degrading banter,” she said. “I wanted to protect him from all of that.”

Ruby said his father, Jon Ruby, took it better and helped his mother come to terms with having a gay son.

“When your son sits there and bares his soul, you just want him to be happy,” Jon Ruby said. He said that even though he grew up in a culture where “homosexuality was taboo,” he has a gay brother who helped him accept others.

Bryan Ruby said that he worried that he would never have a career in baseball if he came out publicly. He said that the people around him told him to “be very cautious of who you tell.”

He wanted to play baseball since well before he knew he was gay, so for a while he felt like the closet was the price to pay to live his dream.

“The best way to describe the hiding as an athlete is like you’re running with a weighted vest on,” Ruby said. “It’s on all day and you can’t take it off. I’ve been gradually taking that weight off.”

One of his teammates, Gabriel Cotto, has two dads, and he said that he’s closer friends with Ruby now.

“I grew up with two dads and we were just like a regular family,” he said. “But I used to get bullied and in fights growing up because my pops is gay. When Ruby told me, I just had so much respect for him. It made our friendship closer.”

Active players in two other major men’s sports leagues came out for the first time earlier this year. NFL player Carl Nassib of the Las Vegas Raiders came out this past June and NHL player Luke Prokop of the Nashville Predators came out in July.

Vote now for the Hero Keeping us Healthy in 2021